Dubai Internet City – Hub Of IT In UAE 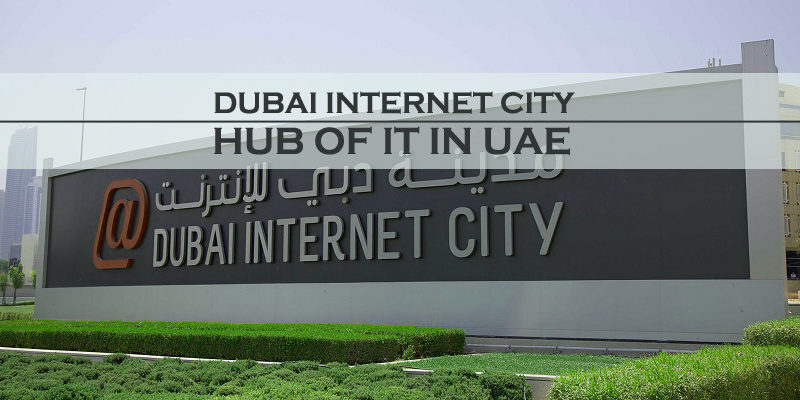 The idea of knowledge-based economy mainly emerged in UAE after the oil crisis in 2014. But it is not a new concept as far as the emirate of Dubai is concerned. The most modern emirate of UAE was already focused on building foundation of its economy on knowledge and modern technology since past several decades. It is evident from the fact that several free zones dedicated for education, knowledge and latest technology have already been established in Dubai. Dubai International Academic City, Dubai Knowledge Park and Dubai Science Park are few such examples.

Another most important IT-based economic free zone in Dubai is the Dubai Internet City (DIC). This specific free zone was established in 1999 and started operations in 2000. Since then, this free economic zone has achieved great success in the following two decades. Internet and technology giants from around the world have their regional offices in DIC. Google, Microsoft, Facebook, Nokia, IBM, Oracle, HP, Samsung, Huawei, Dell, Linkedin, Sony Ericsson and Intel are just few of the over 1,400 companies that are currently operating in the Dubai Internet City. The total number of workers employed by these companies is more than 10,000.

The reasons for the presence of so many technology giants and such large number of big and small companies in Dubai Internet City are the facilities and incentives provided to these ICT (information & communication technology) companies in this exclusive free zone. As the DIC is specific to internet and technology based companies, the focus of the free zone is on fulfilling their requirements. Apart from that, there are several incentives available to companies in the DIC including 100% foreign ownership along with taxation, ownership and other benefits available for 50 years after the formation of the company.

One can easily expect the prospects of growth of any ICT related company in DIC after knowing these facts. If you are owner of an ICT company and wants a presence in the Middle East region and its surrounding areas, then the best place to setup your business is the Dubai Internet City. Despite the presence of large number of companies, there is lot of space left for other companies to experience formation of their business in one of the world’s best free zones for technology and internet.

Setting up your company in DIC depends on the rules of the free zone authority. But there is nothing to worry about the procedure of setting up your company in DIC. The only thing you have to do is to consult Riz & Mona Consultancy via our WhatsApp # 971-56-9971225. We have years of experience in the registration of businesses in mainland all the free zones located in Dubai and all the other emirates of UAE.