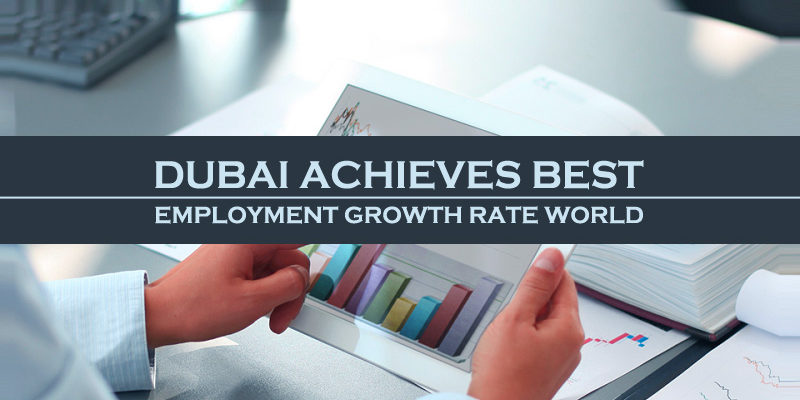 The swift and wise steps taken at the right time by rulers of UAE have helped the country to keep its economy stable even in difficult times. All the countries in the Gulf region suffered after 2014 oil crisis but the only country that was able to revive its economy to its previous level in very short time is the UAE. The improvement in the economic condition of UAE has been accepted in several international surveys and reports.

Recently, the Switzerland-based IMD World Competitiveness Centre issued the Dubai Competitiveness Report 2018 in collaboration with the Dubai Competitiveness Office of the Department of Economic Development (DED) in Dubai. The report shows that UAE is at the top position in the MENA region and 4th overall across the globe for “economic performance”. UAE is ahead of Asian giants like Japan, Singapore and Hong Kong. Apart from that, the country has also left behind all the countries of European Union (except Luxembourg) and Canada.

The emirate has achieved 8th position in “diversification of the economy” in the whole world where it is even above the UK, France, Switzerland and Japan. Dubai is leading the Arab world in several indicators like tourism receipts, forecast inflation, export concentration by partner, direct investment flows inward and govt. consumption expenditure-real growth.

Dubai’s crown prince and Chairman of the Dubai Executive Council, Sheikh Hamdan bin Mohammad bin Rashid Al Maktoum, expressed his jubilance on the report and said that successful development strategy over the past several decades along with public-private relationship played most important role in achieving this status. He added that Dubai is a perfect example of innovative government and motivated people.

Dubai’s role in the emerging economic situation of UAE was also testified by the International Monetary Fund (IMF). According to the report of the international body few days ago, UAE’s economic growth is expected to remain 2% in 2018 which is largely influenced by the 3.7% growth of Dubai.

All these reports and surveys clearly highlights the consistent economic growth in UAE especially Dubai. It means Dubai and also other emirates of UAE provide best opportunities for businesses and professionals around the globe. For those willing to avail such opportunities and be part of one of the world’s best economy, we at Riz & Mona provides trade license in Dubai and visa services in Dubai. You can contact us via our WhatsApp # 971-56-9971225.