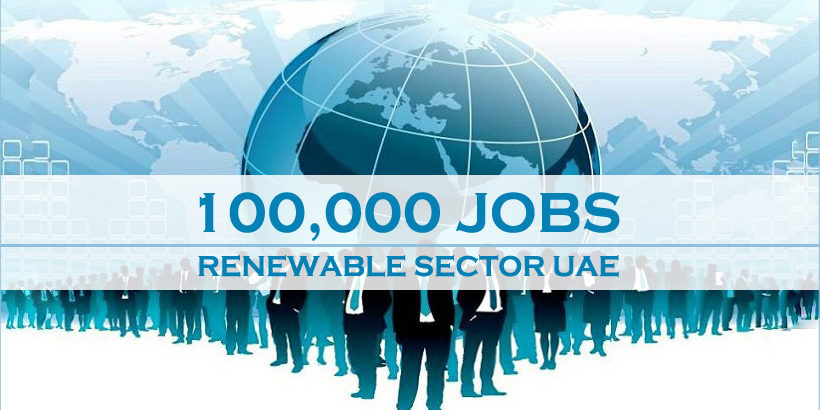 The Gulf region is especially known for the abundance of oil and gas resources. The region is fulfilling most of the fossil fuels requirements of the world since past several decades. Due to this factor, the countries in the area were freely using these fossil fuels for their own energy requirements as it was available to them free of cost and providing them with extensive foreign revenue.

But the time has now changed considerably. Not only that extensive use of fossil fuel for energy is polluting the air badly but the lower oil prices have reduced the profit that was once gained by the countries in the Gulf region in the past. This forced the regimes in the area to think something different to shift their economic structure from oil base products. An important sector that was viewed as having potential to replace the fossil fuels is the renewable energy sector.

UAE is the pioneer of every new and productive strategy in the region and the country has proved this several times. Now it has been proved once again by the government of UAE that it is extremely serious in the progress of renewable sector and vows to provide hundreds and thousands of jobs in the coming decade. According to the UAE’s permanent representative to the International Renewable Energy Agency, Nawal Al Hosany, the UAE is on the way for creating around 100,000 jobs in renewable sector by 2030. She was addressing the 15th council meeting on Tuesday that was held in Abu Dhabi.

Hosany added that this initiative is not merely targeted for the growth of renewable energy sector in the country but it is also directed towards providing maximum job opportunities to the youth. She told that they are aiming to acquire 30% of our energy requirement through renewable energy sector by 2030. The project started in 2006 with the foundation of Masdar and it is growing continuously with the passage of time.

It was also reported during the meeting that jobs in renewable energy sector on global level have increased 5.3% last year with the addition of more than 500,000 jobs in just 1 year. Most of the jobs in the said sector are available in Asia while China, Brazil, US, India, Germany and Japan are the countries providing 70% jobs around the world in renewable energy sector.

This clearly highlights the prospects of jobs as well as investment opportunities in the renewable energy sector in UAE. It is clearly evident that new projects will be established and more and more people (investors and professionals) will get chances of progress in Dubai. We at Riz & Mona Consultancy can provide complete assistance in getting trade license in Dubai and visa services in Dubai and other emirates of UAE for these investors and professionals respectively.