UAE Most Reputable Country In MENA 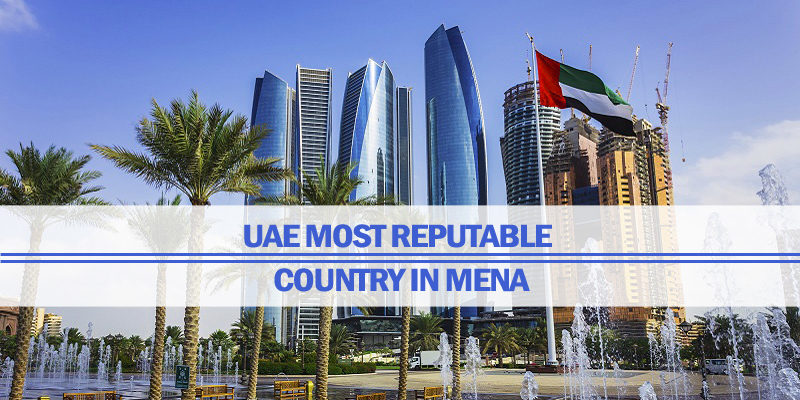 UAE is popularly known for its economic prosperity, caring government and availability of social wellbeing in the whole Middle East. The rulers of UAE are always ready to introduce new laws and take actions that would benefits their country, its citizens and millions of foreigners residing here. Efforts and performance of UAE for improving economic conditions and lifestyle of its people is recognized all over the world. There are different reports and surveys by international organizations that endorses UAE’s position as a financially strong, prosper and happy country in the Middle East region. A recent report has further accepts UAE’s position.

Recently, Reputation Institute announced its 2018 ranking comprising the world’s most reputable countries. According to details, RI formed this report by using world’s 55 largest economies and placed UAE at 36th spot. UAE surpasses all other countries in the Middle East and several other famous countries including Saudi Arabia, Qatar, Russia, China, Turkey, Iraq, Iran and others in this report.

According to the Reputation Institute, economic stability has its role in forming reputation but it is not the most important factor for creation of this report. It is an important reason that top 10 economies only represent 20% of countries in the top 10 list of this latest report. Instead, more important role is played by other factors in a country including safety, beauty, enjoyable, people’s friendliness, appealing lifestyle and others.

Though, the overall ranking of UAE declined 9 positions from last year’s 27 to current 36, but still the Gulf country has performed better (10 positions) as compared to its 2016 position where it was at 46th spot in this ranking. It is also stated in the report that economies with GDP growth saw positive trend in 2017 but most of them declined in reputation in latest report.

This report also suggest that countries should provide an attractive environment, a ‘feel good’ factor and make things better for people on consistent level to improve their position in this list.

As the UAE government is consistently trying to improve its efforts in providing better facilities to its people and foreigners, it is expected that the country’s rank will improve on global level also in future. Nonetheless, there is no doubt about the economic stability of UAE and its overall performance among countries in Middle East region and its nearby areas. Therefore, UAE is best place in the MENA region not only for establishing business but also for residing and touring.