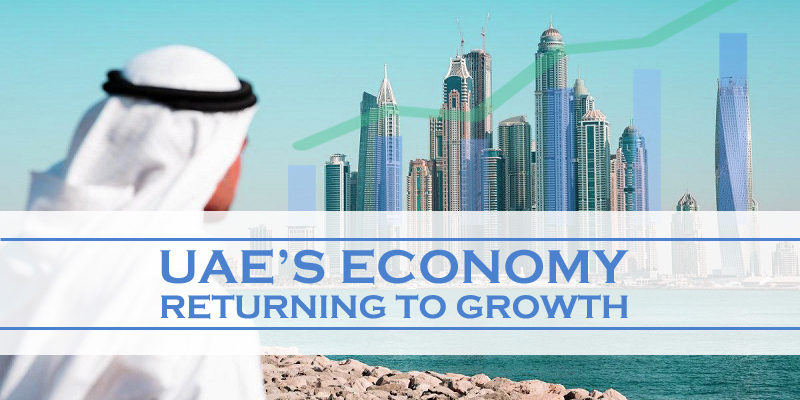 All the countries in the Gulf region were forced to adopt certain new measures in order to cope with the oil crisis in 2014. But the country that remained least affected with the issue is the UAE. It is mainly due to the experience of the country for adopting strategies that decrease its reliance on oil sector. Apart from that, the country immediately implemented several steps to minimize the negative effects of 2014 oil crisis on its economy. Implementing VAT and increasing incentives for non-oil sector are few such examples.

Now it seems that UAE is also the first country in the region that managed to recover after the crisis as oil prices have increased slightly and the country has resumed growth of its economy again after sometime. This has been proved by a recent report by Institute of International Finance (IIF).

IIF MENA region chief economist, Garbis Iradian, told that the non-oil growth in 2018 will reach to 2.7% and it will further exceed to 3% in the next year 2019. He added that improvement in global trade and acceptance in fiscal consolidation are also important factors.

Apart from that, several factors are behind the stable economy and its continuous growth including its superb infrastructure, diversified & business friendly economy, reputation of a safe haven and financial buffer of around $800 billion. It is also evident that the government is making serious efforts to increase the share of non-hydrocarbon trade in GDP. Currently, it accounts for 30% of the GDP.

Iradian said that UAE is expected to perform best in the MENA region in the next 5 years as the economy of the country will mainly be driven by non-oil sectors like tourism and trade. It is the direct result of improvement in business environment with healthy competition among companies.

The best economic performance in the recent past was shown by Dubai due to its diversified economy while Abu Dhabi, which was relying heavily on oil sector, is also recovering its economy slowly but steadily.

All these reports are clearly indicating that the economy of UAE remained stable during oil crisis and now it is recovering rapidly. This provides a great opportunity for those desiring to find a good location for business. All types of businesses are thriving in UAE. We at Riz & Mona Consultancy can provide you complete assistance in registration of any business in any part of UAE. You can contact us by dialing WhatsApp # 971-56-9971225.