UAE’s Economy to Recover in 2021 Following the Pandemic: Minister of Economy 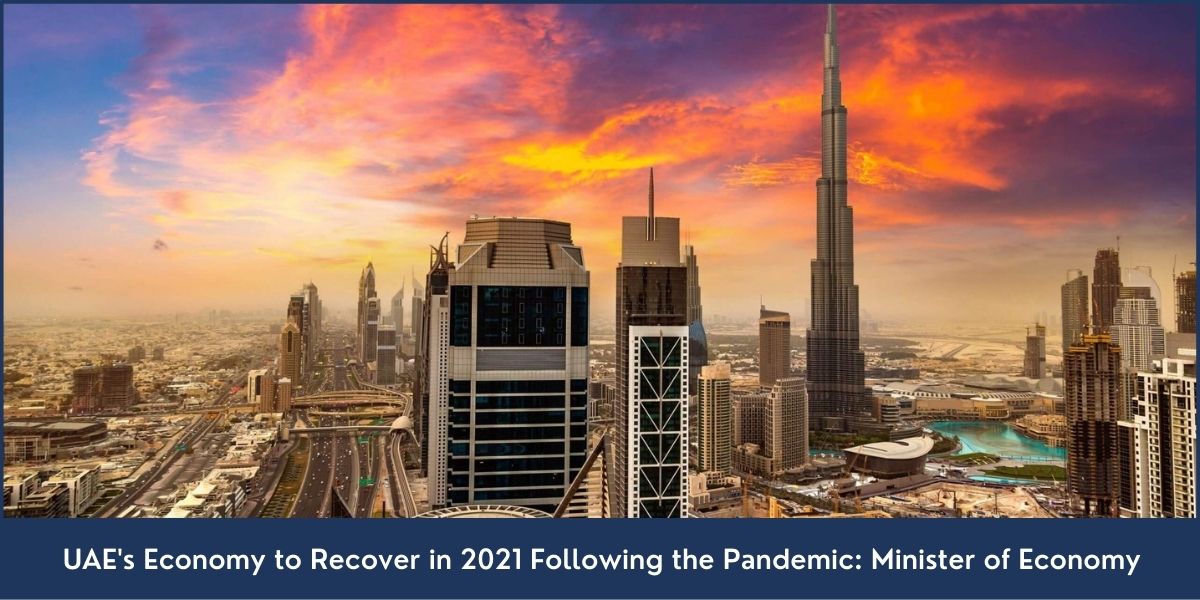 The COVID-19 pandemic disrupted every business across the globe and United Arab Emirates (UAE) was no different. However, with the mass vaccinations being rolled out, things are on track to recovery.

According to the UAE Minister of Economy, Abdulla Bin Touq Al Marri, the region’s economy fared better than what the initial reports were for the year 2020. This was backed by the preliminary statistics issued by the Federal Competitiveness and Statistics Centre.

“The UAE economy performed better than expected in 2020 despite the current global challenges brought about by the Covid-19 pandemic,” said Abdulla Bin Touq Al Marri, the country’s economy minister. “This is a comparatively low decline” compared to major global economies, he added.

The results pointed towards the country’s speed and flexibility to respond to global changes. The UAE government rolled out various incentive packages along with other proactive economic measures; this helped in sustaining the economy and ensure that it performs better than what was anticipated by the experts.

Other countries sustained a much worse economic slump compared to UAE and the preliminary results revealed that country’s macroeconomic indicators saw only a limited decline in the Gross Domestic Product (GDP) by 6.1 percent whereas the non-GDP decline was recorded at 6.2 percent. This comparison was drawn to the previous year of 2019. 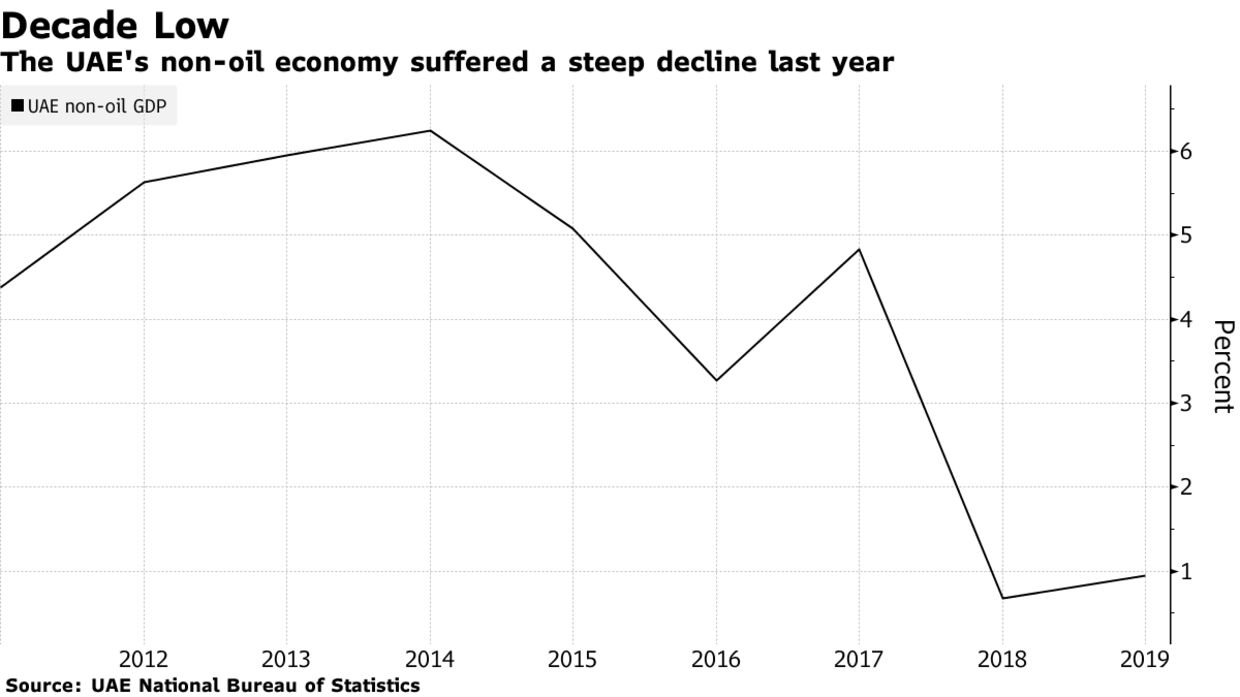 The Ministry of Economy and other government entities are working to double the economy over the next decade, to 3 trillion dirhams ($816.8 billion) from about 1.4 trillion dirhams now, he said.

2020 was indeed an unprecedented year that was full of not only health but also economic challenges that impacted the global economies. Speaking about this, Al Marri said: “UAE was particularly impacted since the country’s economy is linked through foreign trade, foreign investment, tourism and the logistical sector with the movement of trade and investment and global transportation, which declined significantly in 2020 worldwide.”

He further added that these challenges were all dealt well thanks to UAE’s proactive political management and through the launch of supportive economic packages which played a hugely positive role in these dark times.

The sectors which were most impacted due to the pandemic included Accommodation and Food Services Activities, which saw a negative growth of 23.6 percent whereas the Transportation and Storage Activities saw a decline of 15.5 percent.

The Wholesale and Retail Trade dropped by 13.1 percent and a 10.4 percent decrease was seen in the activities of Construction and Building. The Financial and Insurance Activities were also hit by a 3.0 percent decline whereas the Manufacturing Industries was the only sector which reported growth compared to 2019, with a 0.2 percent rate.

A couple of weeks ago, Ali Marri claimed that UAE is keen on restoring the growth in a “gradual and studied the path of transformation towards a sustainable economic and development model based on investment in knowledge, innovation, and creativity.”

Speaking at the Abu Dhabi The Future event earlier this week, he further added that “the country has 10 main goals to achieve its economic aims, including developing entrepreneurship and a supportive environment for small and medium enterprises, as well as attracting more investment into the country. Other priorities include improving the ease of doing business, reducing business cost and engaging the private sector in developing economic policies that support it.”

The UAE economy is set to grow by 6 to 8 percent in the next couple of years, which is mainly due to the oil sector, government spending, financial services, and foreign investment, according to Mohamed Ali Shorafa who is the chairman of ADDED.

He said that the Abu Dhabi government has been taking proactive measures to support the private sector long before the pandemic. “Such measures include the Ghadan 21 accelerators programme as well as a broad range of initiatives that incentivised companies and institutions enabling them to become more sustainable, thus making investment easier and increasing their contribution to the emirate’s GDP,” he added.