UAE Citizenship for Expats: Who Can Apply and How 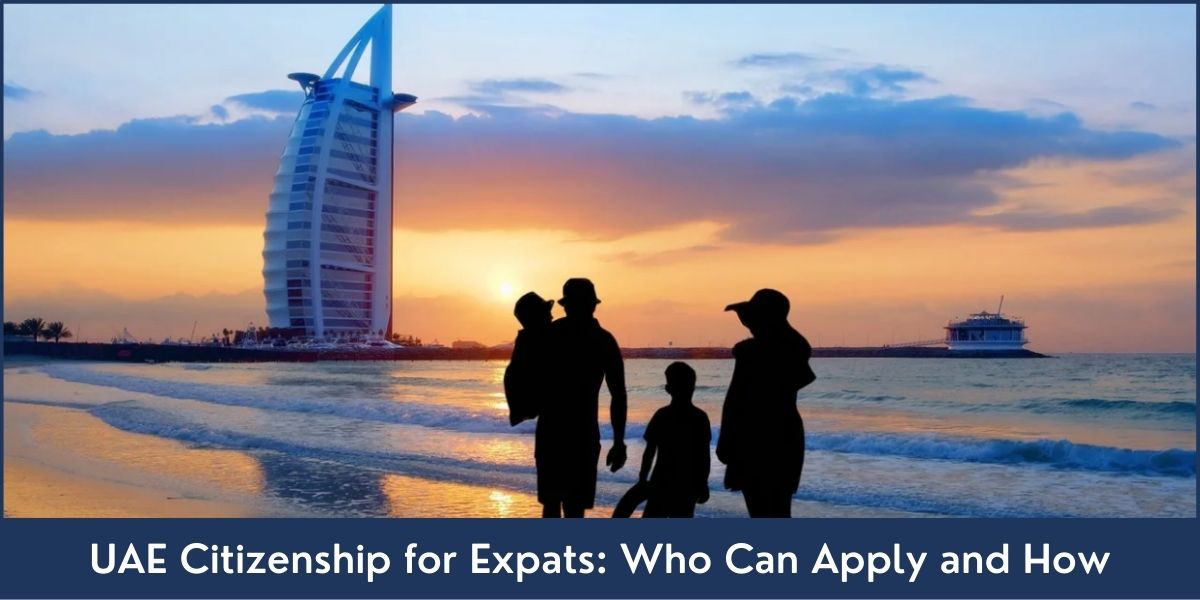 According to a report by an Arabian media group, the United Arab Emirates is set to amend its laws regulating citizenship to enable ex-pats to obtain Emirati nationality as long as they follow certain requirements. The UAE government acknowledged the change to the legislation on citizenship. Two other changes to the Citizenship Act of the UAE will also require the restriction of the usage of a passport, with the exception of the reason for which it was given, whilst another provides that, in situations other than those constitutionally defined, the retention of a passport is forbidden.

Who Can Apply for Citizenship?

The United Arab Emirates has never failed to catch the world by surprise. The government has made an announcement to give citizenship to ex-pats who have excelled in their own area of knowledge as we step forward in combating the global pandemic. The new change to the citizenship legislation provides investors, professionals, special talents and their families this rare opportunity to acquire dual citizenship. In order to take full advantage of residency, ex-pats would have to fulfil some requirements. Included in the amendment are the following categories:

Through the Emirates’ ruler’s court, the courts of the crown prince, the Emirate’s administrative council or the cabinet, candidates who are eligible to obtain citizenship will be nominated.

Candidates of each above-stated category have to fulfil a certain set of requirements in order to be nominated for the citizenship by the court. These requirements are:

They are required to own a property in the UAE.

They must specialize in a particular science discipline or some other discipline that is highly needed in the UAE. In addition to gaining membership of a prestigious association in the area of specialisation, the candidate must have accepted scientific contributions, studies and study of scientific merit and functional experience of not less than 10 years.

They must be an involved researcher at a university or research centre, or in the private sector, with practical experience of not less than 10 years in the same field. In the science sector, they should also make contributions, such as earning a coveted scientific prize or obtaining major support for their study over the past 10 years. It is therefore mandatory for recognized research organizations in the UAE to receive a letter of recommendation.

They are required to receive one or more patents which, in addition to a letter of recommendation from the Economy Ministry, are accepted by the UAE Ministry of Economy or some other reputable foreign entity.

Pioneers in the areas of culture and literature and recipients of one or more prestigious prizes should be academics and writers (s). A letter of recommendation from relevant government agencies is compulsory as well.

Other conditions, whether one qualifies, include pledging the oath of allegiance; promising to conform with Emirati laws; and formally telling the respective government body in the event of any other citizenship being acquired or lost. According to the legislation, the conditions for granting citizenship include the following:

2 – To have a lawful and continuous residence in the country.

3 – To be fluent in the Arabic language.

4 – To have a legitimate means of subsistence.

5 – To have an academic qualification.

7 – That he/she has not been convicted of a felony or misdemeanour that violates honour or trust unless he/she is rehabilitated.

9 – To swear an oath of allegiance to the state.

Another addition to the Citizenship Act states that the implementation of Clause (5) of that article may be removed for a foreign woman married to a UAE citizen.

In late 2020, the UAE government extended its still established “golden” visa scheme, which gives certain specialists and degree holders 10 years of residency. It also put in place five-year retirement visas for individuals above a certain level of income. Most recently, a remote worker visa was introduced, allowing people with jobs abroad to stay for one year, provided that they meet a wage requirement. But citizenship would allow the country to have a permanent stake, expanding the population of willing investors. Investors wanting citizenship, for instance, are required to own property in the UAE. The UAE government’s decision to grant citizenship is the latest in a series of moves to make society more inclusive and encourage longer-term expatriate stays.

What’s in it for you?

People make up a tiny minority of the UAE community, which has an overwhelming foreign workforce, primarily from South Asia, some of which are residents of the second or third generation. The UAE government said the update to the citizenship law “aims at appreciating the talents and competencies present in the UAE and attracting more bright minds to the Emirati community” The UAE also has an increasing population of affluent ex-pats drawn by the low tax regime and the broader emirates’ luxurious megaprojects and tourist attractions.

At Riz and Mona Consultancy, we truly hope that this citizenship scheme will attract more experienced and talented professionals to the UAE. Call us today for more questions relating to immigration, business creation and any other professional consultation related to your company!