Bankruptcy Law and Filing Process in the UAE 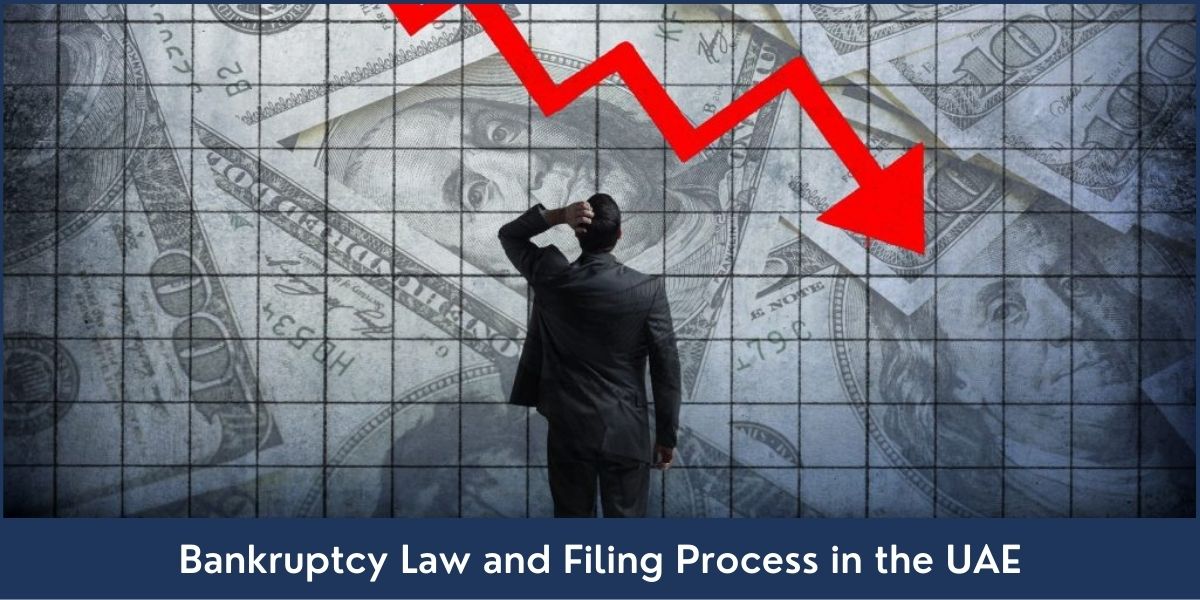 COVID-19 has already triggered wide-scale damage, both locally and internationally, to many sectors. Although attempts are underway to avoid the spread and effects of COVID-19, for several months to come, the financial and social effects of the virus will be felt. As firms come to grips with operating from home and the new world in which they run, certain businesses may eventually face financial difficulties (be it short-term or long-term). Governments are implementing structural changes that are intended to help offset some of the side effects, but with the global influence of the epidemic, some businesses are going to have to make difficult choices on the future of business.

A federal law to control insolvency cases aimed at improving the productivity of the UAE has been accepted by the UAE government by maintaining the ease of doing business, providing advantageous provisions for citizens experiencing financial difficulty, and protecting those who are unable to meet their debts from going bankrupt. The new legislation is part of the government’s attempts to maintain comfort and adapt to its needs for people and ex-pat residents.

The bill would help those who experience real or planned financial problems, leaving them unwilling to pay their debts. The act would assist them to reschedule their debts and allow them the ability to obtain fresh concessional loans. The Bankruptcy Reform has become a welcome improvement for the corporate sector and legal professionals, as it has simplified the insolvency processes open to UAE businesses in accordance with foreign best practices.

Amendments in the Bankruptcy Law

The new Bankruptcy Law is seen as a strategically improved law in comparison with previous insolvency laws. Having said that the Bankruptcy Law so far covers the following:

Nonetheless, the law puts limitations on those who register liquidations with the intention of escaping debt or in situations when the obligations of the firms’ properties are not appropriate. In such situations, both felony and civil suits are available to the directors and employees of corporations.

Application of the Bankruptcy Law

The Bankruptcy Law mainly applies to commercial companies governed by the Commercial Companies Law (Federal Law No.2 of 2015) (that is, for-profit commercial enterprises), however, the scope of its application is much wider, as listed down below:

Bankruptcy Filing Process in the UAE

The Bankruptcy Law provides various options which either the Debtor or its creditors may consider, including protective mechanisms designed to avoid full bankruptcy proceedings, including the following:

The first step that should be taken into consideration in the pre-bankruptcy process is preventative composition. It is meant to provide breathing room for a financially troubled (but still solvent) debtor to seek agreements with its creditors when it is still in the early phases of such financial distress. This alternative is only valid under the basis that the debtor has not defaulted for longer than 30 days on any debt owing to creditors.

In regard to an insolvent debtor, the restructuring procedure starts as a bankruptcy motion to the judge, which may either be submitted by the debtor itself or by any of its creditors that, pending written warning, have debts of more than AED 100,000 that have been due and unpaid for more than thirty days. A bankruptcy trustee (and often other experts) may be named by the court who, when writing a report on the debtor’s company, will determine the feasibility of reforming the debtor’s business and whether the creditors can be faced with a restructuring scheme.

If the court annuls the preventive composition or reconstruction process terminates the Defensive Composition Scheme or the Restructuring Plan, the Debtor’s statutory bankruptcy will be continued by the court. It is therefore probable, without any regard to the restructuring phase, for either the claimant or its creditors to immediately file for complete bankruptcy proceedings. Under the oversight of the court-appointed bankruptcy trustee, the courts which entitle the debtor to pursue his business before bankruptcy is proclaimed, particularly in situations where it is better to try to sell the business as a continuing concern.

Advantages and Drawbacks of Filing for Bankruptcy

The positives of a Bankruptcy filing are as follows:

The primary drawbacks are as follows:

Important Note for Directors of Companies in Distress

Directors of companies under financial stress should:

How Riz and Mona Consultancy Can Help

It is clear that, unless it is pretty much the last option, no country wishes to allow all of its companies to go into bankruptcy proceedings. There is no wonder that if a number of corporations file for bankruptcy, it would be harmful to the economy of every region.

From the details we have presented in this post, we suggest that companies in the UAE assess the financial condition of their companies here at Riz and Mona Consultancy, establish debt recovery plans, and devise loan repayment strategies along with authorized UAE liquidators. Centered on your unique interests, we can also give you personalized solutions. Call us today to book an Initial Appointment in Dubai or any other state in the UAE with our team on business liquidation and bankruptcy filing.