Business Alliance between Israel and the UAE 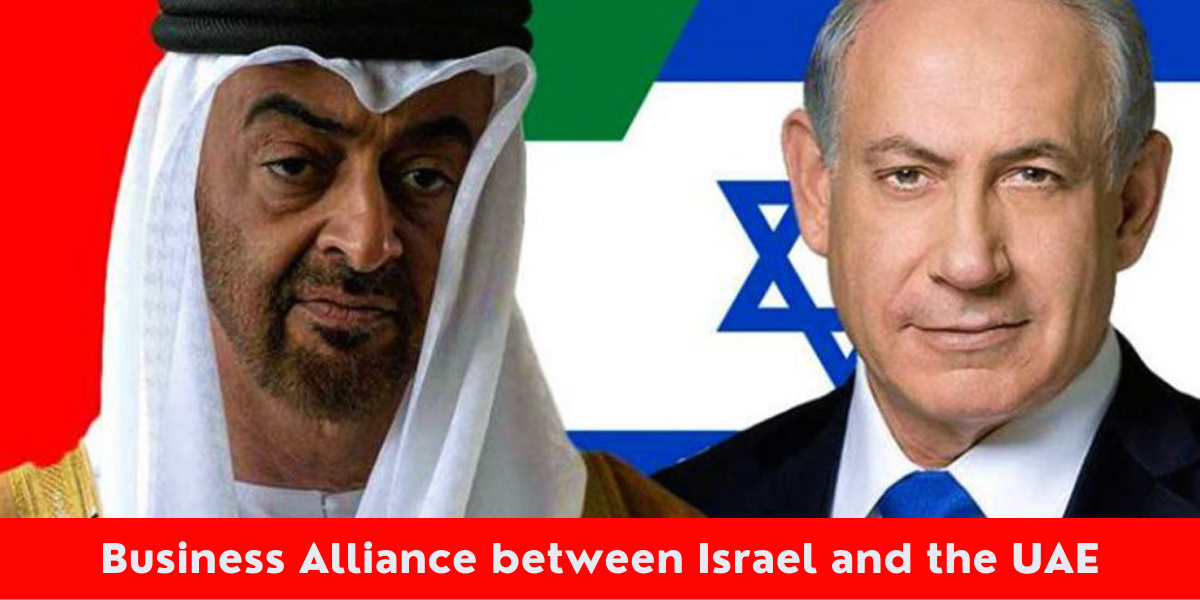 Businesses in the UAE and Israel have been taking full advantage of a historic deal between the two countries signed in mid of August, as previously untapped markets become open for business. The news has led to a slew of deals in recent weeks, with the establishment of a business council and signing of finance, tourism, and other agreements. In what some are calling a “new era of trade relations,” annual trade between Israel and the UAE is expected to reach $4 billion in just three to five years, as stated by an Israeli Minister.

Israel and the UAE Getting Down to Business

Less than two months after the two nations announced their intention to establish ties, Israel and the UAE have already set the ball rolling in a number of important projects. Let’s take a look at these projects;

DAFZA Agreement with the Israeli Chamber of Commerce

The Dubai Airport Free Zone Authority (DAFZA) has signed an MoU (memorandum of understanding) with the Israeli Federation Israeli Chambers of Commerce (FICC) to define frameworks for bilateral cooperation between the two entities and to provide incentives to encourage Israeli companies to establish their businesses within the emirate. The MoU is expected to benefit companies in the logistics, technology, electronics, precious stones and metals, agricultural, pharmaceutical, medical equipment, and research and development sectors.

There are over 5,000 businesses and organizations currently operating in more than 120 divisions across DAFZA, and the agreement aims to encourage Israeli companies to set up within the free zone to expand their reach into Asian and Middle Eastern markets aided by the operations of the nearby Dubai International Airport. DAFZA will provide the companies of the FICC with incentives and will focus support on emerging companies from Israel, which has the second-largest number of startups in the world.

The Abu Dhabi Investment Office (ADIO) has signed an agreement with the Israel Export Institute, to establish bilateral trade collaborate on investments. The agreement covers facilitating the entry of companies into each other’s markets, hosting joint events, and supporting government and industry delegations. ADIO will work with the Israel Export Institute to support trade and investment opportunities for Israeli companies, connecting them with strategic entities and access to resources in Abu Dhabi.

The areas of possible collaboration between the two countries include advanced technology and R&D across sectors such as agritech, biomedicine, and advanced manufacturing. It said that the new office in Tel Aviv, which will be opened over the coming months, will focus on facilitating connections between innovation-focused companies and organizations in Abu Dhabi and Israel.

The Dubai World Trade Centre signed an agreement with the Israel Export Institute on Monday to jointly facilitate the participation of Israeli exhibitors in large-scale exhibitions in the UAE by the end of the year. The decision to partner on events was facilitated by cooperation between the Israel Export Institute and Israel’s Ministries of Economy and Foreign Affairs, which are actively engaged in the promotion of the Israeli industry.

The Israel Export Institute, responsible for Israeli participation in international exhibitions, will now take on this role for the first time in a Gulf country. The agreement outlined a framework for cooperation and participation in international conferences and exhibitions, organizing and exchanging business delegations between the two countries, and supporting business partnership opportunities between both countries. The UAE and Israel, along with the US, have pledged to cooperate in seven key areas including investment, finance, health, the civilian space program, civil aviation, foreign policy and diplomatic affairs, and tourism and culture

Abu Dhabi-based tech company Group 42 (G42) is establishing a wholly-owned subsidiary in Israel. The move will mark the first time a UAE company establishes an international office in Israel and comes after the two countries signed a historic diplomatic in August. Operations in G42’s new office will be led by a team of experts from both countries and will focus on healthcare and Covid-19 diagnostic solutions, advanced AI research, agritech and water supply solutions, smart cities, and renewable energies.

The wholly-owned subsidiary will facilitate G42’s access to the Israeli talent pool, advanced technologies, and resources. Israel currently has over 6,000 high-tech companies and startups. G42, which has established a throughput testing laboratory in Abu Dhabi in 14 days, is currently leading the world’s first Phase III clinical trials for the Covid-19 inactivated vaccine. The initiative, launched under the brand 4Humanity, has already seen the participation of more than 15,000 volunteers in the UAE and has recently expanded to Bahrain and Jordan, with other international locations to be announced soon.

Dubai-based lender Emirates NBD has signed an MoU with Israel’s Bank Hapoalim. The agreement will allow Israeli clients to transact directly in the UAE. The MoU is part of a broader engagement between the UAE and Israel to further peace, dialogue, and stability and establish cooperation to promote sustainable development.  The agreement was signed by Emirates NBD’s vice chairman and managing director Hesham Abdulla Al Qassim and group CEO Shayne Nelson, and Bank Hapoalim’s CEO Dov Kotler.

The organizers of the biennial International Defence Exhibition and Conference (IDEX) have confirmed that Israel will participate in the 2021 edition of the event to be held at the Abu Dhabi National Exhibitions Centre (ADNEC) from February 21-25, 2021. It followed the signing of an agreement between IDEX and ISDEF, the largest Israeli Defence, Homeland Security, HLS, and Cyber Expo and part of the Avnon Group, as the exclusive promoter of IDEX to Israeli defense, security, and technology companies.

The Abu Dhabi Film Commission (ADFC), the Israel Film Fund (IFF), and the Jerusalem Sam Spiegel Film & Television School (JSFS) have reached an agreement to create content with the goal of promoting tolerance, education, and a deeper cultural understanding between the Emiratis and Israelis. The partnership will cover four key areas including training programs, regional film festivals, education, and the International Film Lab.

Under the training program, filmmakers from both countries will participate in intensive script co-development workshops over several months and will develop Abu Dhabi-Israel film and television co-productions. As for the education initiative, students will be selected to study in one of three educational tracks in the prestigious Jerusalem Sam Spiegel Film & Television School’s campus in Jerusalem. The agreement has already made the provision for a regional film festival, whose location will be rotated annually between Abu Dhabi and Tel Aviv and which will showcase Emirati and Israeli productions and co-productions.

Possible Outcomes of the Alliance

Since the signing of the accord, companies from the UAE and Israel have signed deals in infrastructure, banking services, investments, and even in diamond trading. But a lot more needs to be done. Investors in both countries hope the rapprochement will spawn more opportunities than the cold peace with neighboring Egypt and Jordan. Doing business between the two countries will still be sensitive for some as a result of the long history of tensions between Israel and the Arab world.

Still, normalizing once-secret and often-circuitous dealings between the U.A.E. and Israel is a big step forward. But the pandemic is really slowing down the pace at which things are happening. This situation is causing business and investment-related talks to progress at a much slower rate than what anyone wants. But one factor remains a constant – Israeli businesses will continue to build their presence in UAE.