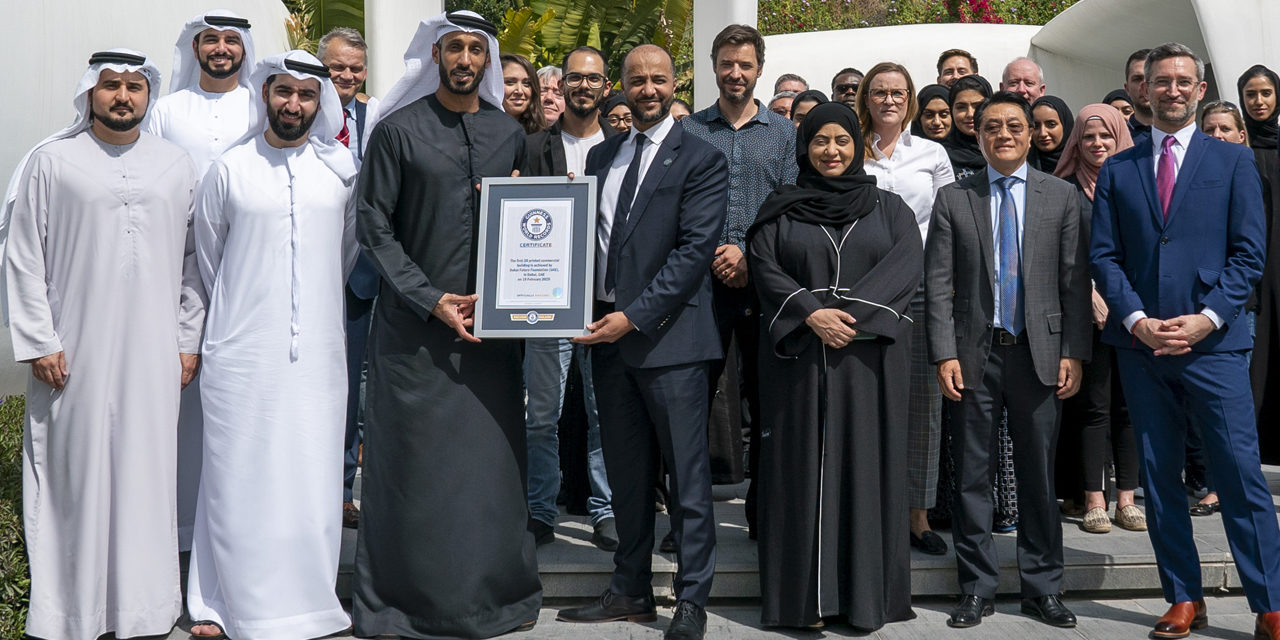 The Dubai Future Foundation (DFF) has officially been recognised as a new Guinness World Record title holder for becoming the first country ever to create a 3D-printed commercial building.

The latest world record has now been added to the 400 already world records currently held by the United Arab Emirates (UAE).

The DFF’s Office of the Future received the prestigious award for the building. The statement read:

First 3D-Printed Commercial Building” in the world at a ceremony held at Emirates Towers, Dubai, attended by Khalfan Belhoul, CEO of DFF, and Talal Omar, Director – MENA at Guinness World Records, along with foundation’s management and employees.

According to the information, the building had the following measurements:

The breakdown of the production is as following:

Commenting on the award, Belhoul said:

The Office of the Future’s success in achieving this global recognition embodies the vision of the UAE leadership and their innovative spirit in realising the importance of adopting emerging technology such as 3D printing and using it in the development of vital sectors and the creation of new economic opportunities, further positioning Dubai and the UAE as a hub for innovation and a testbed for emerging technologies.

He added, “The Office of the Future is also the first initiative aimed at achieving the outputs of the Dubai 3D printing strategy launched by His Highness Sheikh Mohammed bin Rashid Al Maktoum, Vice President, Prime Minister and Ruler of Dubai, to develop a global model that can be applied anywhere around the world.”

Omar said, “The country and its leaders are true pioneers that revolutionise industries such as construction. As the global authority on breaking records, we have constantly seen fascinating ways that the world is changing, and today is another example of that.”

This is a massive step in the right direction for UAE and for other countries to follow their model of a more sustainable future. This has opened doors for more research, which can in return come up with innovative ideas to reduce the cost even further and speed up the process.