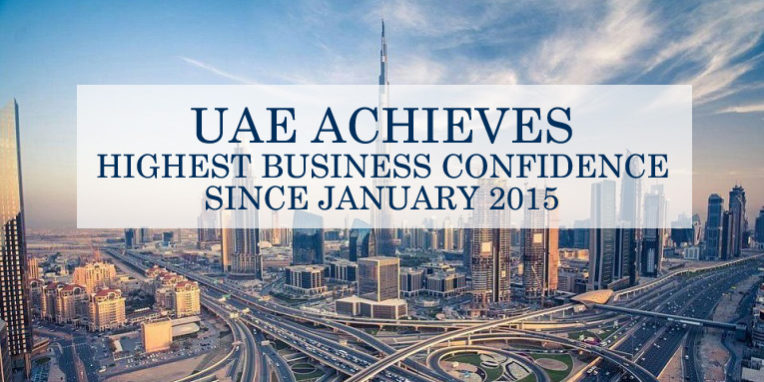 There are hopes and concerns after implementation of value added tax (VAT) in UAE. It was expected that the newly applied tax will impact negatively on businesses in UAE in earlier stages and its benefits will be seen after few months. But now it seems that dangers of negative impacts of VAT were not so severe and both residents and entrepreneurs have accepted the necessity and potential benefits of VAT. As a result of improvement in economic conditions in recent months, the business confidence in UAE has achieved highest since January 2015.

This was reported in the Purchasing Managers Index (PMI) of Emirates NBD. The report says that orders in the non-oil sector take a sharp increase in January 2018 due to improvement in economic conditions and competitive prices amid free market. It makes January the second consecutive month of rising in new export orders. The increase in new orders resulted in huge increase of business activity in the country.

Due to higher orders, the private firms in non-oil sector increased number of their employers in order to cope with higher demands. This rapidly increased the job creation in these firms which has become fastest since January 2015.

According to Emirates NBD, VAT played an important role in the overall growth of business activity in UAE. The new tax reforms caused higher purchasing prices and increase in purchased cost was highest since November 2011. Apart from that, the rate of upsurge in wages and salaries was also quite high. Inclusion of VAT in selling prices is also responsible for increase in output charges and this happened after five months.

The report and its finding clearly mention that the recent increase in business activity is the result of business confidence which is achieved due to the newly implemented value added tax (VAT). The main purpose of this tax is to reduce the reliance on oil sector and increase the scope of economy. The recent development clearly depicts the importance of VAT for growth of non-oil sector.