UAE to Include 10 New Sectors For 100% Foreign Ownership 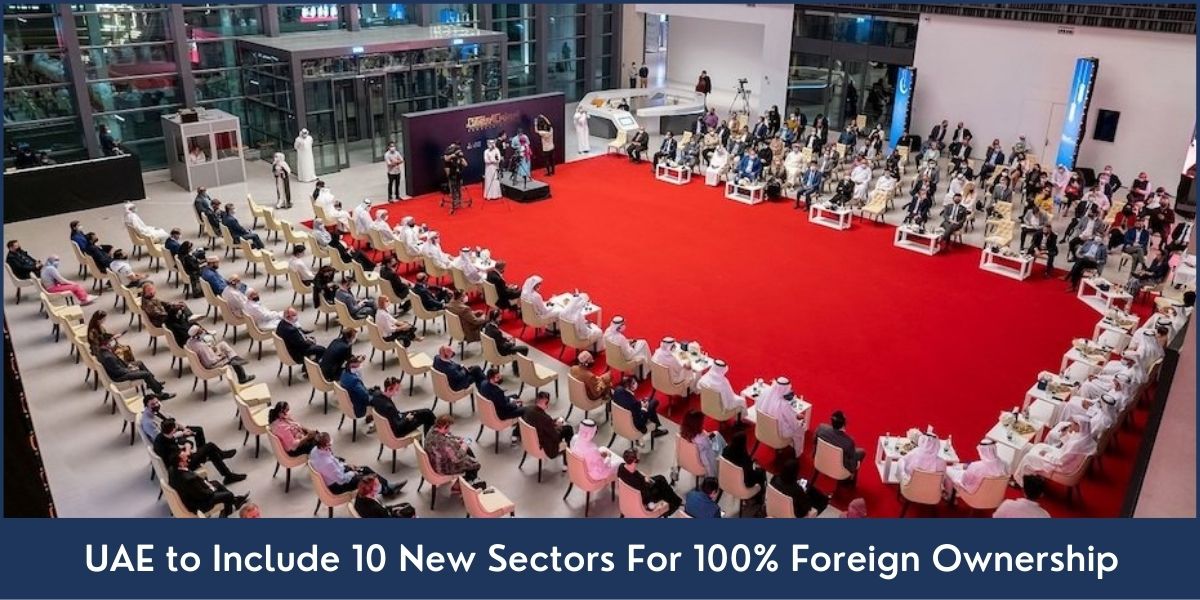 Ministry of Economy in the United Arab Emirates (UAE) is bringing new legislation that will be including 10 new sectors to the commercial company law. According to a senior official, they will be able to own 100% foreign ownership of onshore companies within the country.

The latest information confirms that the formation of it is in its final stages. The legislation will enable the investors and other businesses in 10 new sectors of strategic importance to come under the microscope of the law.

This information was revealed by Abdulla Al Saleh, undersecretary of the Ministry of Economy for Foreign Trade and Industry said at the Sharjah Economic Ramadan Majlis. He also confirmed that the UAE Cabinet will soon announce the list of sectors and regulations associated with their entry into the local market.

“Legislations that have been issued or those that will be enacted soon seek to increase the country’s competitiveness for both local and international investors, and advance the business performance,” he said.

“These legislations are not the outcome of a crisis, but follow a clear vision of the country’s economic future envisioned collaboratively by federal, local, and private sector stakeholders. The future depends primarily on attracting innovative talents who will lay the foundations of economies of the future.” He further added: “A comprehensive strategy to attract bright minds from around the region and the world will be announced soon.”

It was announced back in November of 2020 that foreign nationals will be able to own 100 percent of commercial companies in the UAE, which would eliminate the need for a UAE-based resident for holding the majority share. This is a huge development as many companies face this hurdle and have to deploy a person of interest in the region for an added cost.

This new legislation will enable non-Emiratis to fully own and establish businesses irrespective of their nationalities.

In addition to that, the UAE is also passing a new industrial law under the name “Operation 300Bn”, confirmed by an official at the Sharjah Economic Ramadan Majlis.

“A new industrial law will soon come into force and will be instrumental to promoting a conducive environment for the industry in the UAE,” said Omar Ahmed Suwaina Al Suwaidi, undersecretary of the Ministry of Industry and Advanced Technology.

“We have also tackled financing issues startups face in order to boost their performance. A National Added Value Programme will be launched soon to support national products, enhance their competitiveness and find new markets for them”, he added.

“We have held meetings and workshops with our industry partners to identify their challenges and discussed priority sectors under three pillars – the UAE’s competitive industries, including the chemical, petrochemical, pharmaceutical, defense, and heavy industries; the national food and healthcare security industries; and industries of the future, including space and renewable energy, among others,” said Al Suwaidi.