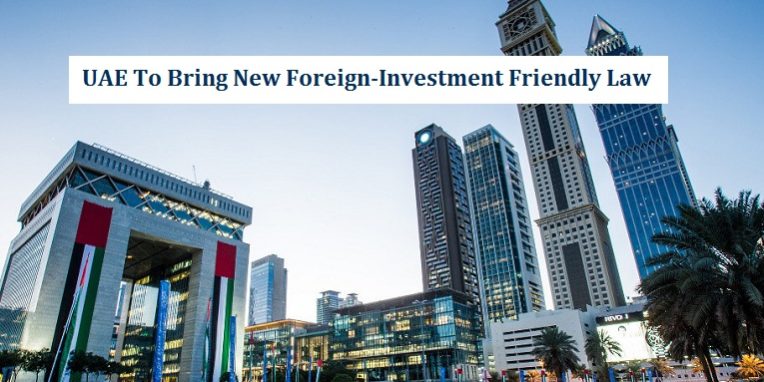 Currently, foreign investors in UAE are allowed maximum 49% ownerships for companies in mainland UAE (although there are no such restrictions in free zones). But the situation is expected to change in the first quarter of 2018 as the government of UAE is planning to introduce new law under which foreign investors will be allowed more than 50% ownership in specific business sectors. The percentage of ownership can be increased up to 100% for foreign investors in particular sectors. It was announced by UAE’s Minister of Economy, Sultan bin Saeed Al Mansouri, on Monday. These reforms will be brought especially in non-oil sectors after which the UAE government is expecting more direct investment in these sectors in the coming future.

This new law is part of initiative of UAE government under which it is trying to minimize reliance on oil sector and develop other sectors especially industries. The industrial sector currently accounting for 16% of GDP of UAE and the government is trying to increase its share up to 20% by 2020 and 25% by 2025. Apart from industrial sector, the government is also trying to diversify its economy and turn its attention to other sectors including knowledge-based economy of digital industry and telecommunication along with manufacturing, real estate, tourism, transportation, logistics and others.

Currently, the 51-49% rule doesn’t apply in free zones along with companies involved in oil & gas sector, treatment & transmission of water and production of electricity. After the implementation of new law (expected in coming months), several new non-oil sectors will also be exempted from such rule after which more foreign investment can be expected in these sectors that will automatically boost the country’s economy and increase the share of non-oil sector in UAE’s economy. It is according to the aim of UAE government that wants to diversify the country’s economy after fall in petroleum prices in international market.

This initiative will also help foreign investors who were skeptical about sharing over 51% ownership of their companies with local Emiratis. This new law will persuade more and more foreign investors to enter the UAE market and a non-oil market in UAE will be the ultimate result of this upcoming law.