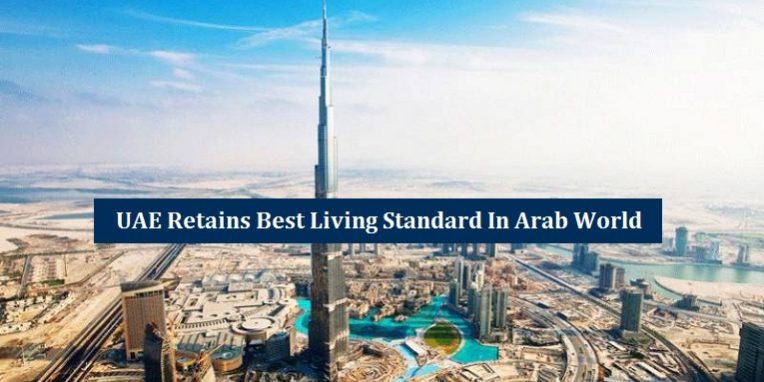 According to the latest prosperity index, UAE is placed at 39 out of total 149 countries. The firm measured more than 100 factors to develop this report including business environment, safety & security, natural environment, economic quality, education, health, social capital, personal freedom and others. In the MENA region, Qatar is the country next to UAE and it is positioned at 47. It is then followed by Bahrain at 62 and Oman at 73. On global level, Norway is at 1st spot after securing this place from New Zealand.

An important reason for UAE to retain its position as one of the world’s most prosperous countries is the diversification of its economy. Since past several decades, UAE is trying to reduce its reliance on oil and petroleum industry. For this purpose, UAE is giving immense importance to other industries including business, tourism, aviation, transport etc. This diversification of economy helped the country to reduce the impacts of oil crash of 2014 on its economy while most of the other Middle Eastern countries suffered badly due to their heavy reliance on the export of oil and petroleum products.

An example is Kuwait that fell from 71st position last year to 80 in this year’s index. Comparatively, revenues from hydrocarbon sector accounts for 11.2% of GDP of UAE while the same sector constitutes 28.6% of GDP for Kuwait and 38.5% for Iraq.

As stated above, UAE was already diversifying its economy even before the 2014 oil crisis. After 2014 crash, UAE took several other successful measures to minimize the effects of oil shock on its economy. This includes reduction of subsidies on petrol, water and electricity along with imposing taxes on undesired products (cigarette, soft drinks and energy drinks). The advance Arab nation has also imposed VAT on most of goods and services and the tax will come into effect from 1st of January 2018.

The current report proves that UAE is the best place in the Middle East and also one of the best in the world to live and do business. The strategies and economic policies of the UAE government are improving the overall economic condition of the country continuously. If you want to achieve full advantage of the best living standard and business opportunities of UAE, you can contact Riz & Mona Consultancy for better advice and assistance. We are available via our WhatsApp # 971-56-9971225.