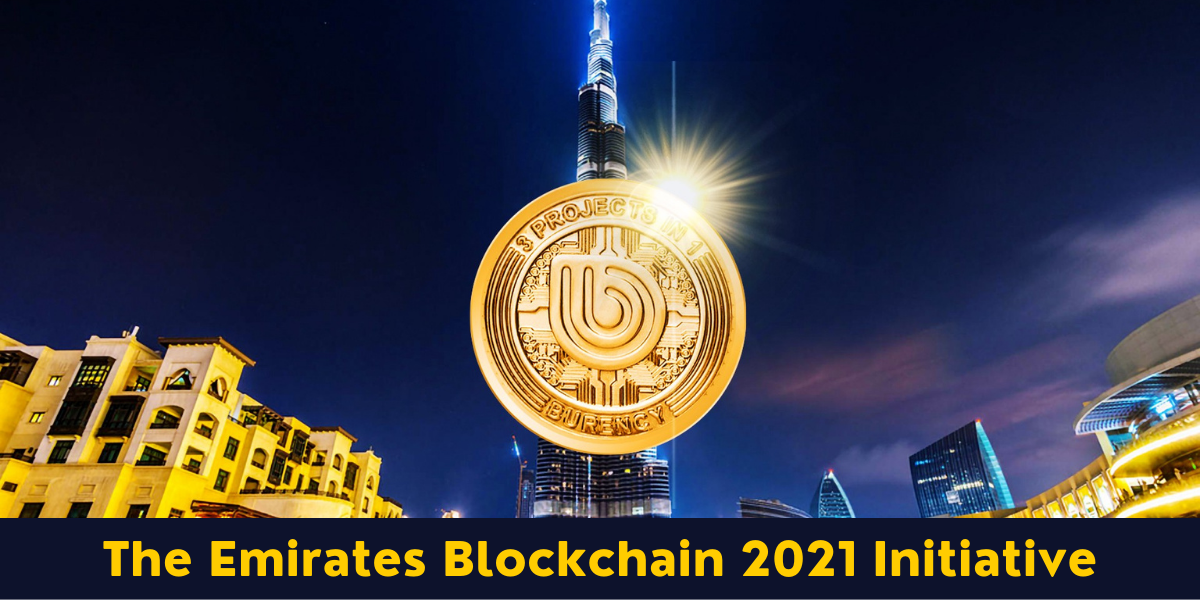 The United Arab Emirates (UAE) has been associated with oil and lavish tourism for decades. Yet, the UAE may exceed Silicon Valley’s technological prominence in the next 10 years. Dubai also has a strong history of the pioneering digital revolution in the Middle East. Now, in a bid to make it the world’s first blockchain-powered government, Dubai will pioneer the use of blockchain technology for the first time.

So, let’s understand what blockchain technology is before we delve into the 2021 Emirates Blockchain Strategy.

The word Blockchain itself describes the technology itself partially. A blockchain is a block of the chain. And not simply a chain. A strict sequence is maintained. What kind of blocks are these and what kind of chain? Blocks, displayed in the cryptographic form, are data on transfers, transactions and contracts inside the structure. Initially, the foundation of the Bitcoin cryptocurrency was (and still remains) the blockchain. In a chain, all blocks are arranged, that is, linked. It is necessary to sequentially read information about old blocks to write a new block.

All information in the blockchain is processed and a continuously updating database is created. Nothing from this database can be removed or a block can be replaced. And it is limitless-it is easy to compose an unlimited number of transactions there. This is one of the key properties of the blockchain.

Blockchain technology’s power is so profound that it will automate complicated tasks and increase accountability and address much of the challenges that economic structures have. The UAE has better understood the profound implications of this technology for the repository of public data and the digital security of national documents.

The United Arab Emirates and Blockchain

In addition to the fact that the step highlights how technological advancement is being embraced by the UAE, blockchain provides a wealth of advantages that function to facilitate ease of business. The initiative’s pillars include a critical vision for the industry, with “citizen and resident happiness, government efficiency, advanced legislation, and global entrepreneurship.” Although the change comes from the public sector, it is clear that a direct winner would be the private sector. The government hopes that the technology can boost the cybersecurity of all digital transactions as well as the records produced by them because the details and data on a blockchain cannot be changed.

The Emirates-Blockchain Strategy for 2021 is an effort to take advantage of blockchain technologies initiated by the Emirates Government in 2018. “2021” in the name comes from the deadline set by the government of the UAE for blockchain to position half of all government transactions. The aim is to shift 50 percent of government operations to a blockchain network by 2021, saving an approximate AED 11 billion in processing and paper expenses, 398 million annual printed papers, and 77 million annual working hours.

Although this step illustrates that imaginative technologies are being presented in the UAE, there are several benefits of blockchain that make things easier to function together. The operation relies on a fundamental market viewpoint, that is, the happiness of people and occupants, government feasibility, propelled enactment, and multinational enterprise.

The implementation of blockchain technologies across the Emirates Blockchain Strategy 2021 is not restricted to a countrywide initiative. A separate project in the context of Blockchain Dubai is being carried out by the Emirate of Dubai. It will make Dubai “the first blockchain-powered government” upon successful application, and act as a potential economic engine. The project, a cooperation between the Dubai Future Foundation and the Smart Dubai office, intends to make H.H. The vision of “Dubai [will be] the first city fully powered by Blockchain by 2020” by Sheikh Mohammed bin Rashid Al Maktoum, and the happiest on the earth will come to life. The initiative concentrated on the development of business, foreign leadership and productivity of government.

The Dubai Future Base, one of the accomplices of this operation, also has a Blockchain Board that aims to enhance the protection and unwavering efficiency of all on-the-spot exchanges, both within and outside the monetary system. In addition, via the blockchain level, they analyze, speak about current and potential ventures and write exchanges.

The 46 citizens who shape this base are a combination of government offices and organisations for blockchain advancement, free zones, pushing banks of emirates and multinationals. The formation of the committee outlines the tight cooperation in implementation and continuous development between general society and private segments.

Investment in Startups of the Future

The Emirates is now a breeding ground for a fintech scene that is increasingly developing, and thus a sought-after destination to grow the fintech industry. The pattern encapsulates blockchain businesses, keen on regulators who at least appear to understand the effect blockchain technology will have when it reaches its route. Fintech start-ups are estimated to draw $2 billion in funding during the next decade, almost twenty times the amount of private financing raised in those start-ups during the last 10 years. Fintech firms are also projected to grow from 130 to 260 by more than 50 percent. The estimated value of the Dubai International Financial Center (DIFC) wealth and money management sector is now $424 billion. That is equal to approximately 30 percent of the total GDP of all Gulf Cooperation Council (GCC) countries, to bring this into perspective.

What’s in it For You?

In Dubai, over 100 blockchain companies are now flourishing. In 2019, the blockchain sector of the smart city expanded 24 percent, which surpassed the global average of 19 percent. With accelerated growth, Dubai and the UAE, as a whole, are projected to meet technical targets faster than anticipated.

Dubai provides the company with a world of opportunities through its business-friendly practices, creative usage of technologies and strategic position. Don’t hesitate to contact our team of UAE industry analysts if you want to be part of the blockchain movement or take advantage of the tax-friendly policies in one of the free zones of the Emirate. We will be happy to lead you in the right direction to make your Dubai dream come true. To book your appointment, contact Riz and Mona Consultancy today.