Halal Tourism On Rise In UAE 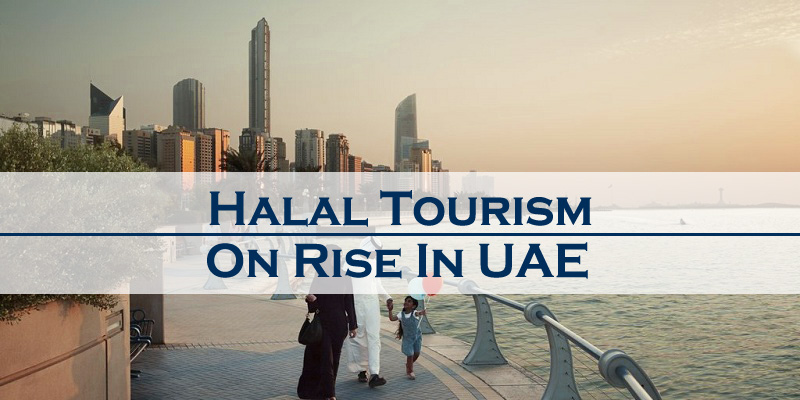 The combination of increase in overall wealth in the Muslim majority countries and among the Muslims residing in other countries, along with the thinking of Muslims to become practicing Muslims is increasing the trend of Halal Tourism around the globe. According to a report by Thomson Reuters Corporation (a Canadian-based multinational information firm), Muslims around the globe are at third place in the world (after travellers from China and USA) in spending on travel.

In order to take the high share from this emerging market, different Muslim-majority and even Muslim-minority countries are taking measures to attract most number of Muslim tourists. One among these countries is the UAE that provides one of the world’s best tourism opportunities to visitors from around the world. As tourism is an important sector in the newly adopted non-oil based economic strategy of UAE government, we can safely assume that they are completely aware about the prospects of Halal tourism in the growth of non-oil sector.

As UAE is a Muslim country with deep Islamic understanding, there is no problem in providing best Halal tourism facilities to the Muslim tourists from around the globe. It is the reason that Muslim tourists prefer UAE as compared to most of the other Muslim countries for their travel and leisure activities. According to the 2016-2017 Global Islamic Economy Report, UAE is the world’s most Muslim-friendly destination that provides best facilities for travellers of Islamic faith. There are several reports indicating that steps have been taken in order to increase the share of Halal tourism in UAE.

The emirate of Sharjah is especially suitable for Muslim travellers as it provides separate gym, pools and spa facilities for men and women while the hotels there don’t serve alcohol.  CEO of Shurooq (Sharjah Investment & Development Authority) told that they don’t have a brand of Halal tourism in UAE but they are practicing it since the 1980s. Sharjah is the best place for tourists to bring their families as it provides everything suitable for a Halal destination. He added that numbers of travellers in this industry are increasing year by year.

But Sharjah is not the only destination in UAE for Halal tourism. Other emirates are also advancing ahead to provide facilities exclusive for Muslim travellers. A recent survey on halal tourism by Sociable Earth founds that Dubai is the most favored holiday destination in the whole world for most (30%) of those participating in the survey.

This is a clear indication that any business providing facilities for halal tourism in UAE will be warmly welcomed by both tourists and the government of UAE. If you want to take advantage of such opportunity in UAE, then we at Riz & Mona Consultancy can assist you in establishing your halal business in all the emirates of UAE. You can contact us via our WhatsApp # 971-56-9971225.