UAE Improves Its Global Appeal, Emerges as Leading FDI Destination in the Region 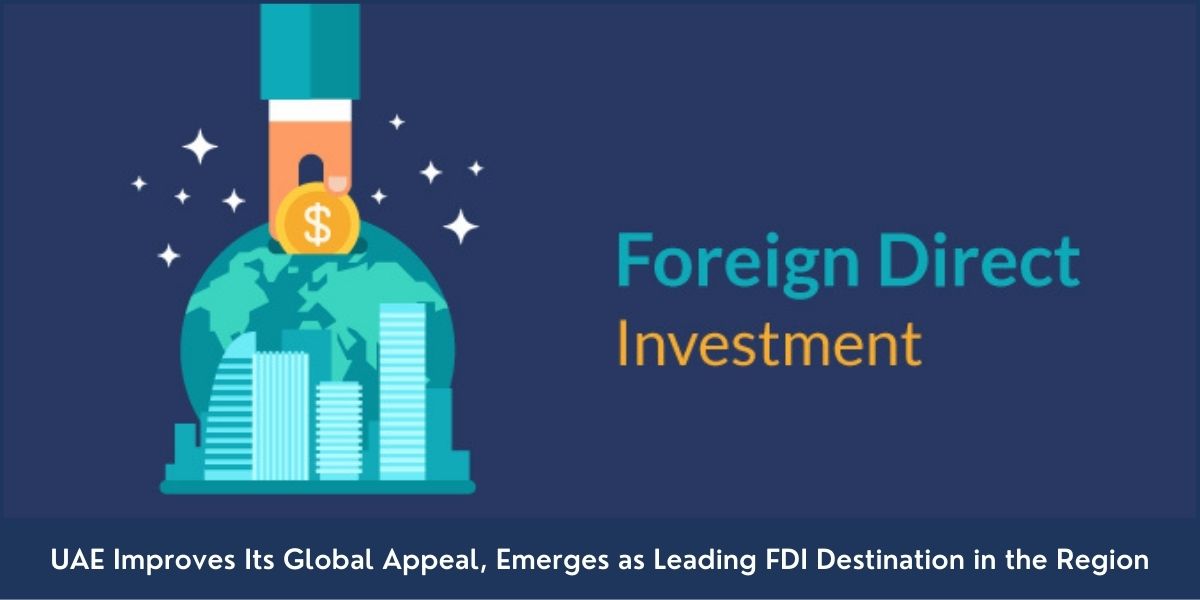 UAE was ranked first in the Middle East while it jumped four places to 15th position in global rankings as the country’s economic and business sectors continue to strengthen following the decline witnessed due to COVID-19 pandemic.

This rise in rankings is an extremely positive sign because UAE is only one of five countries that have improved its ranking due to the increasingly competitive global FDI attractiveness.

The Kearney report further revealed that investors are increasingly becoming cautious about the FDI rankings and are more willing to invest in countries with good rankings as the entire world prepares for long-haul economic recovery post the pandemic, which is still in play.

Although the investors’ interest has dipped due to the pandemic the attraction of Middle East and North Africa (MENA) remains much more stable, which reflects good potential towards recovery.

The UAE’s striking rise in the rankings again this year speaks to the power of consistency and momentum. Specifically, the score is likely related to its continued investment in advanced technological infrastructure, high levels of innovation, and to the intensity and discipline of its response to the pandemic.

“The UAE was among the first countries to approve a Covid-19 vaccine, and it has embarked on an extremely ambitious campaign to vaccinate its whole population by the end of 2021. Behind only Israel and Seychelles, the UAE has vaccinated the highest portion of their population (per 100 people), which can be expected to boost economic and investment prospects further.”

“In addition, the UAE continued to engage beyond its borders this year – with the signing of the Abraham Accords on September 15 — signaling the UAE’s commitment to regional stability and economic integration. Expo 2020, which was postponed to October 2021, should further contribute to the resurgence in tourism, including from Israel, in the latter part of the year,” he said.

Paul Laudicina, founder and chairman emeritus of Kearney’s Global Business Policy Council revealed that investors’ interest has rightly shaken up due to the pandemic and their optimism levels have also dipped. In addition to the fall in confidence about the economy, the scores of most of the top-25 countries have fallen when compared to the previous data.

Previously, the optimists regarding the three-month economic outlook stood at 72 percent which has now stooped to only 57 percent. Although the dip is significant but compared to the damage caused by the pandemic, it is still not as bad, experts claim.

The three markets which are on this year’s Index are China, UAE, and Brazil.

Due to the pandemic, the e-commerce industry has blossomed tremendously which has given China an influx of business from countries such as United States, United Kingdom, Australia, Canada, etc. However, the ties between the US and China are currently concerning which can impact these rankings drastically.

Beyond these findings, the biggest risk that international investors will continue to face will be the pandemic itself. Overcoming Covid-19 will be key to global economic recovery and the improvement in FDI flows as the two go hand in hand. And economic growth in the near term will be determined in large part by the duration of the global pandemic, the effectiveness of fiscal and monetary responses, and the success of vaccination efforts.

Looking to start a business in the UAE? Contact Rizmona today and get the best consultancy advice.