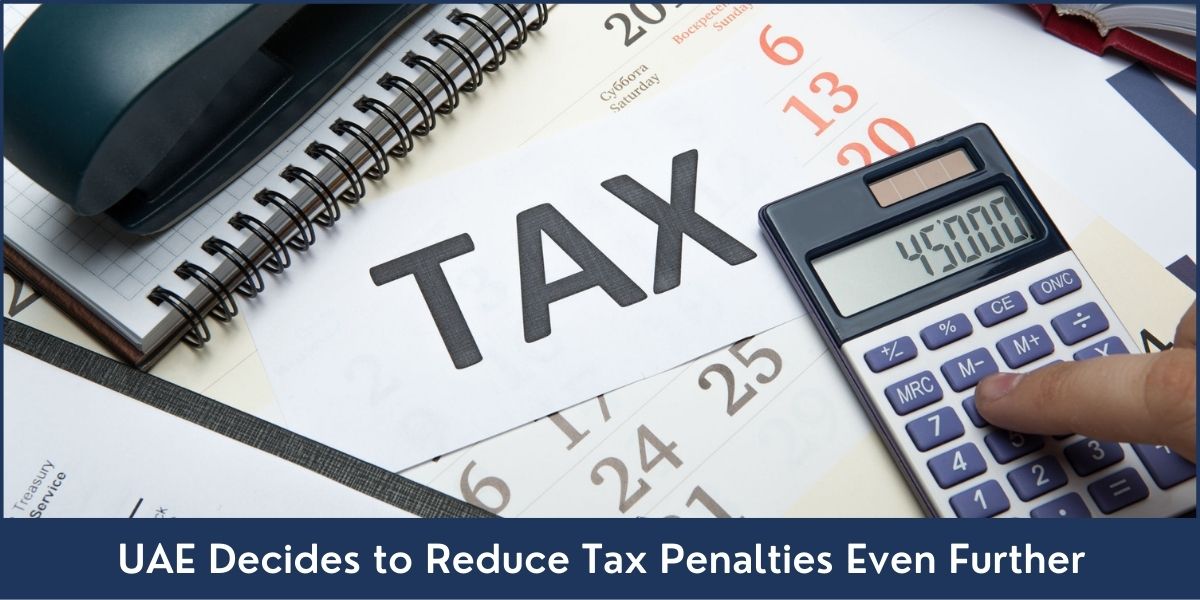 The United Arab Emirates (UAE) cabinet has decided to reduce the tax penalties in the region. This decision will encourage companies and individuals to file their taxes and also make voluntary disclosures if a mistake has been made while doing so, according to experts.

The reduction rate when it comes to financial penalties is a positive step towards building a sustainable economy granted that ample help is provided by the businesses and individuals to declare their assets and file taxes.

What Are the Changes?

UAE has already announced three major changes when it comes to providing relaxation to the private sector. The first announcement was related to the reduction in late payment penalty from one percent per day to four percent per month. Second relaxation was getting rid of the late payment penalty if VAT is paid within 20 days of submission of voluntary disclosure. Lastly, the third relaxation is a reduction in outstanding past penalties by 70 percent. Putting all these three relaxations together, this is a huge development for the private sector and the economy is surely going to blossom if all things go well.

Among the changes to the penalty regime are the following:

Opinions Regarding the Change

Nimish Goel, partner at WTF Dhruva Consultants, said: “The timing of this decision could not have been better than in the holy month of Ramadan. We believe that the announcement will encourage taxpayers to reassess their past VAT returns, rectify the errors, and come out clean in the eyes of the law. In such cases, taxpayers will be imposed with nominal fixed penalty and variable penalty ranging from five per cent to 40 percent, depending on the time taken to rectify the error.”

Additionally, he also mentioned that the UAE government has been working in close coordination with the business development sector and finding out ways that are mutually beneficial. The UAE government has also reduced the fixed penalties by up to 50 percent for other tax violations which include late registration, late de-registration, failure to issue compliant tax invoice,s or tax credit note.

Anurag Chaturvedi, managing director of Chartered House, said this is a best relief provided by the government to the pandemic-hit businesses in the UAE.

“A number of businesses in the UAE succumbed to administrative penalties on account of delay in submission of the due tax. The new regime of administrative penalties are at par with global standards. The most relieving change is maximum penalty of four per cent of unpaid tax per month compared to one per cent of unpaid tax for each day of delay as per the old provisions,” said Chaturvedi.