No Effect Of VAT On Businesses In UAE 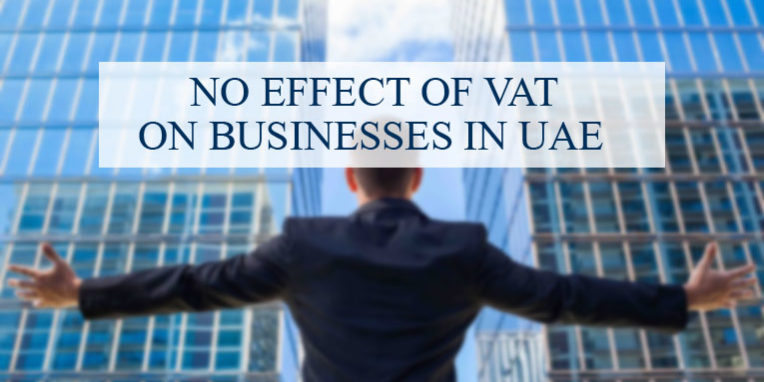 A new era has started in UAE and Saudi Arabia on 1st January 2018 with the implementation of value added tax (VAT). It is the first time that such tax was implemented in the Gulf region. There was much concern and anxiety among masses after the announcement of tax last year as people were not fully aware about the impact of the new tax on their lives and businesses. The government was also to provide details to the public about the products and services that will be affected by VAT. But now it seems people are not much worried after the implementation of the tax due to its lower rate and few other factors.

According to reports, businesses across UAE remained stable on the first day of implementation of VAT and people visited stores and groceries as previously and purchased everyday items. Normal business activity was seen on all trades from small grocery stores to large supermarkets. It is despite the fact that VAT is applied on most of the everyday items including food & beverages, hotels, petrol, jewelry, electronic goods etc. But there is more than one reason that the businesses are not affected by VAT, at least on this initial stage.

The first thing is the low rate of VAT (just 5%) which is not a huge problem for most of the people as they can easily manage slightly higher prices due to higher per capita income. The second factor is the reality that many stores and groceries still contain large amount of previously stored items and their prices will not be affected by VAT. The third important reason is the decision by many big stores (like Pure Gold, Landmark Group etc.) that have announced not to shift the tax to their customers.

But it is difficult to predict that whether this trend will continue in the future or not. The tax is quite insignificant and residents and citizens are not feeling pressure in the beginning of the implementation of tax. But in the later stages, we might see some change in habits of the citizens and residents of UAE because the tax is levied on wide range of goods and services and the salaries remain the same. But at least for now, there doesn’t seem to be any panic among people and businesses in UAE and the normal everyday life is going smoothly.