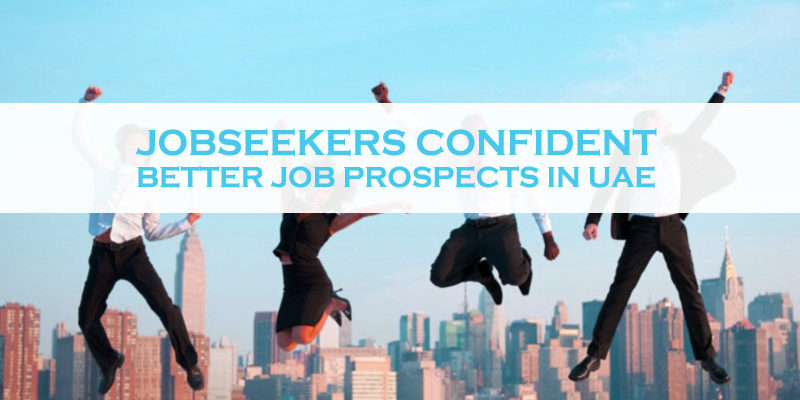 The economic condition in UAE and other Middle Eastern countries in recent past suffered due to oil crisis. It was the reason that UAE undertook several bold and extremely important measures to keep the economy on track. This weak economic condition had an impact on job sector also and job seekers were unhappy about the lesser opportunities that they were availing regarding their jobs along with their reduced salaries. But even in these circumstances, the residents and other jobseekers were not hopeless about their future as they were always aware about the seriousness and untiring efforts by the rulers and different department in UAE for improving the overall economic growth of the country.

It has been proved in a recent survey where a clear majority of employees and jobseekers in the Middle East, especially UAE, were quite confident about the future of their jobs. The survey was conducted from more than 1,700 people and more than half of these were from UAE. The results of the Q1 2018 Middle East Job Market Survey by Michael Page say that 81% of the respondents have expectations that the situation of job market will improve in next 6 months.

Apart from that, many think that it is the best time for them to replace their job and 83% of the respondents were hopeful that they will be able to find their new dream job within next 3 months.

But the prospects of the bright future don’t necessarily mean that people are not happy with the current job situation in UAE its surrounding areas. In fact, 68% of the respondents expressed their positive attitude about current job market situation also.

Operating director at Michael Page Middle East, Domenic Falzarano, provided the reason behind these statistics that Middle East and UAE are continuing to be an attractive place for candidates mainly due to economic diversification policies and the recent improvement in oil prices. In fact, the main reason that many foreigners living in the Middle East is the career opportunities they obtain here. That was the reason stated by 65% of the people during the survey.

Few other surveys are also indicating same prospects. A bi-annual survey says that 53% of the employers in the Gulf region were of the opinion that new jobs will be created in the near future. This increased from 40% in the same period last year which is a significant increase.

This recent survey shows the confident of the employees on the upcoming improvement in economic conditions in the Middle East region and UAE in particular. This provides an attractive chance especially to foreigners who are finding a better place to get job opportunities. If you are one among those who want to take full advantage of these opportunities, then we at Riz & Mona Consultancy can assist you in providing visa services.