How to Apply for UAE Citizenship 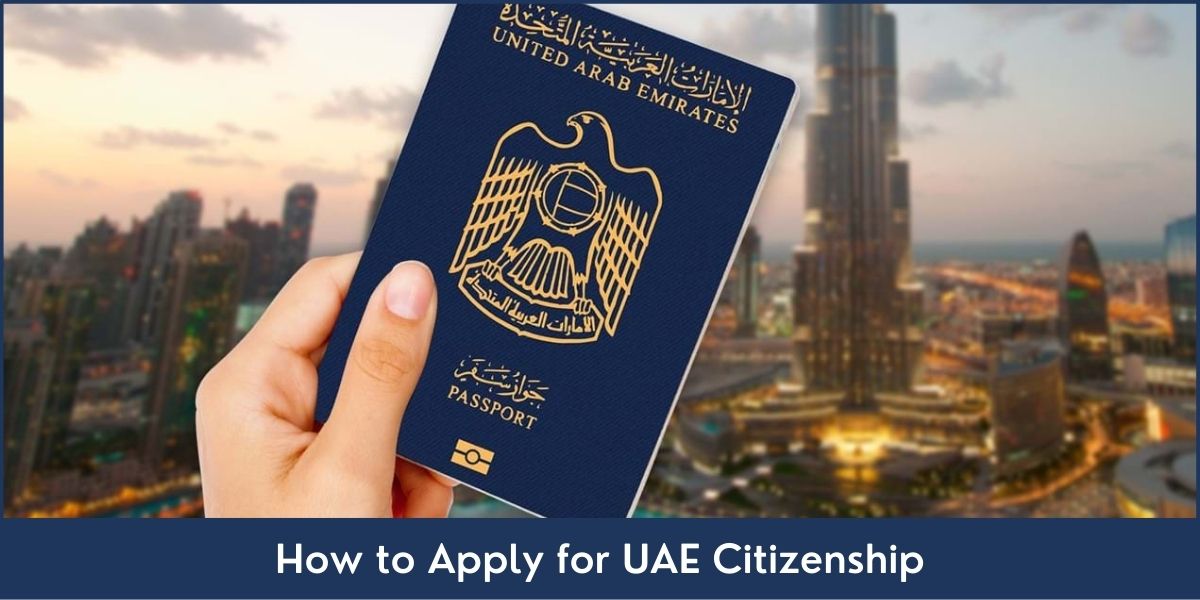 Living and working in the United Arab Emirates (UAE) can all be done through a residence visa. Having a residence visa is of course not the same as being a resident and becoming a citizen; which gives you the freedom to vote along with other privileges.

Many people are not aware of the process of how to apply for citizenship in the emirate and this guide is created with the intent of spreading awareness.

The UAE citizenship can be applied through the General Directorate of Residency and Foreigners Affairs (GDRFA) in each of the emirates. This article will guide you through the requirements, procedure, and provision under which a person can acquire citizenship.

The official statement from the UAE government regarding this matter read:

“The step aims at appreciating the talents and competencies present in the UAE and attracting more bright minds to the Emirati community in a way that contributes to the development and prosperity of the country.”

Apart from the basic requirements, there are some specific conditions placed as well which include:

In order for a foreigner to obtain UAE citizenship, his candidacy must be approved by the Cabinet, the rulers and the executive councils of the emirates.

If the foreigner meets the conditions, he takes an oath and receives the country’s passport. But if at any time he violates any of the conditions, such as selling real estate, he will be stripped of his citizenship.

Categories of Foreigners Who Can Be Nominated for UAE Citizenship

The following categories of foreigners can be nominated for the UAE nationality:

How to Apply for UAE Citizenship?

There are various ways through which a person can apply for citizenship and the first and foremost method that comes to mind is by Law.

Based on Federal Law No. 17 of 1972 regarding Nationality and Passports, and as amended by Federal Law No. 10 of 1975 and Decree-Law No. 16 of 2017, a person may acquire UAE nationality by the virtue of law, citizenship, or naturalisation.

The law states that a person can acquire nationality who is:

People can also be granted nationality by citizenship include the following:

It is worth mentioning that in case of a separation or divorce, the woman will be entitled to nationality if she remains a widow or divorcee, or if she gets married to another UAE national after the said period.

In order to obtain nationality by naturalisation if:

Many countries have laws that can be overturned for specific cases by presidential decree. People often relate presidential decree to presidential pardon but it is much more than that. The President of the UAE may issue a decree granting nationality to a specific individual and this also ignores the provisions stated in the Federal Law.

Although the aforementioned things are in place by law but the chances of acquiring UAE nationality has become increasingly difficult over time. You can acquire the UAE’s citizenship only through the Rulers’ and Crown Princes’ Courts, Offices of the Executive Councils and the Cabinet based on the nominations of federal entities.

Additionally, UAE recently also announced that people who are investing in the UAE can become eligible for UAE citizenship along with their families as well.