5 Favorable Areas for Starting a New Business in Dubai 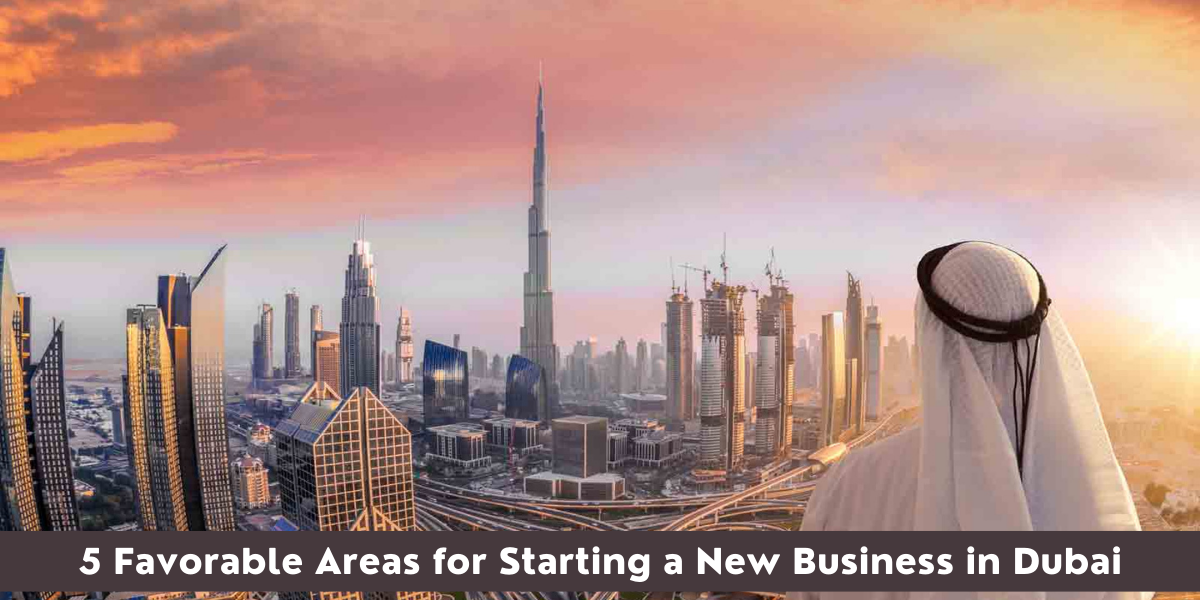 Dubai and the UAE as a whole is a tax-free market area whether free zone or mainland Dubai has zero corporate and company income tax. The Dubai Government is passing laws to open so many more tax-free areas to help various sectors. The government is supplying people with world-class urban facilities. This country helps you to start a company, that provides infrastructure and facilities to grow and expand across the globe. Dubai has a lot of recreational opportunities to enjoy the money and a perfect chance to spend the money again. The economy of Dubai has grown on the back of business-friendly regulations. The city has now become a great attraction for wealthy people because Dubai gives them the freedom to enjoy and spend their capital.

While more and more entrepreneurs migrate to Dubai, it’s not hard to see why. Dubai’s Economy has built an appealing atmosphere for investors by improving its company registration and licensing services. The Government is making efforts to foster a competitive, knowledge-based economy through a variety of fields and activities. The method of creating a company has become easy and appealing to several. The Dubai Economy Business Registration & Licensing review identified the most common places throughout the city to set up new companies. According to the survey, five regions account for 43.7% of the overall new business licenses granted within the first half of this year. Dubai Economy released 16,826 new company licenses in the first six months of 2020.

When it comes to starting up a company in Dubai, there seem to be five areas that are very popular with entrepreneurs, New industry is thriving in Dubai. According to a study published by the Company Registration and Licensing Market, below mentioned are the five most common business areas in Dubai:

Al Garhoud has secured 2,535 new licenses, with the ‘Technical’ operation accounting for the greatest share. Out of 12,192 companies located in the city, 6,096 hold technical licenses, nearly 50 percent, followed by 5,940 commercial licenses (48.7 percent of the total). Of the latest licenses, 97% were given to businesses, 2.2% to women entrepreneurs, and 0.8% to corporations.

The Burj Khalifa district was awarded 2,022 new licenses in the very first half of 2020. Economic activity accounted for the highest share (59.6 per cent) of the overall number of active licenses at 21,941, accompanied by Technical Activity Licenses at 38.3 percent. Businessmen accounted for 95.3 percent of the number, while women entrepreneurs accounted for 2.8 per cent and businesses for 1.9 percent. As far as legal forms are concerned, LLC came first with 12,720 permits, accompanied by Single Establishment (4,231) and Civil Business (3,201). This area has become a popular tourist attraction and is dominated by landmarks such as the Dubai Mall.

Oud Al Muteena is a locality in Dubai, United Arab Emirates. It is close to Last Exit Al Khawaneej and Mushrif Park.The community is located closer to the border shared with Sharjah. Therefore, commuters enjoy quick access to major roads. While tucked away from the central districts, Oud Al Muteena is still in proximity to the highways that connect to key destinations including the Dubai International Airport

Trade Centre, also known as Dubai Financial Centre, is a locality in Dubai, United Arab Emirates (UAE). Located in western Dubai, Trade Centre 1 forms the northern half of the commercial and residential district on Sheikh Zayed Road. Trade Centre 1 is made up almost entirely of high rises along Sheikh Zayed Road; a local road system similar to other localities in Dubai does not exist.

Oud Metha, also known as Al Nasr, is a residential community tucked between Al Karama and Al Garhoud. The neighbourhood has transformed into a food hub dotted with eateries to suit all tastes and budgets. Here, one can also find low-rise apartment buildings, entertainment spots, offices, mosques and schools dating back to the late 1970s. However, the charming little suburb has only existed for only a past few years. Oud Metha has slightly cheaper rents compared to other residential neighbourhoods in the city. Plus, all urban amenities are conveniently accessible by foot.

Dubai Economy seeks to provide a desirable economic climate for companies by establishing company registration and licensing services. This includes the issuing and renewal of commercial licenses that lead to the convenience of start-up and business operations in Dubai. This is in accordance with the Government Direction on the promotion of a knowledge-based economy, the promotion of sustained economic development, and the opening up of different fields and activities for entrepreneurs.

Riz and Mona Consultancy provides a range of solutions, such as accessibility of start-up operations, company registration, the introduction of emerging e-commerce, and value-added commerce for licensed business owners, focusing positively on Dubai’s global attractiveness as a center for regional and foreign businesses. Our consultants allow entrepreneurs to start up and grow their companies without the need for lengthy processes and procedures.