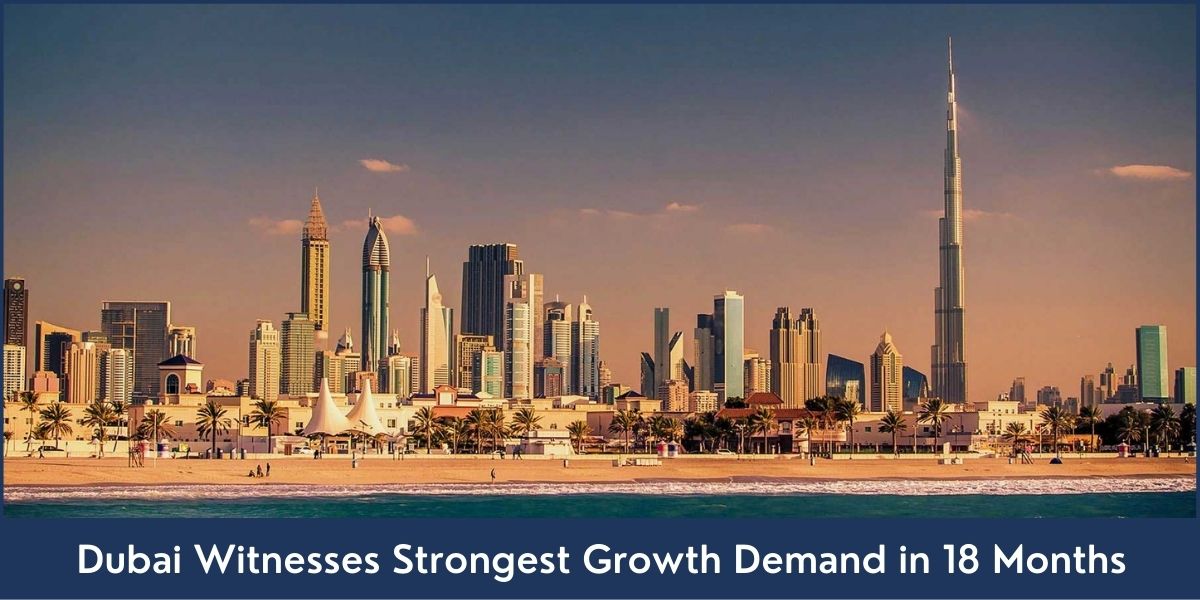 Following a huge economical setback due to the COVID-19 pandemic, Dubai’s private sector has seen the strongest demand growth in the past 18 months.

According to experts, this growth is primarily down to the efforts of the UAE government which has ensured the mass rollout of the vaccinations along with other policies introduced to overcome the challenges presented by the pandemic.

A survey related to the purchasing managers revealed that Dubai saw massive growth in April in its non-oil private sector due to better business conditions and overall economic growth.

David Owen, an economist at IHS Markit, said: “The recovery in the Dubai non-oil economy sped up in April, as output and new order growth returned to pre-Covid trends and business confidence strengthened to the highest in over a year. Travel & tourism firms recorded the most notable bounce back in performance, amid increasing hopes of a rise in tourism activity later in the year, boosted by the rapid vaccine roll-out.”

The tourism industry is also expected to get back on track by the end of the year and delayed Expo 2020 might play a huge role in it as well. Dubai is prominent for its tourism and since reopening its borders last April, it saw 1.26 million visitors in just the first quarter.

“We are very optimistic on the numbers for the year with key events, like the multi-month Expo 2020, which starts in October, helping to attract visitors to Dubai,” Kazim said.

Owen further claimed that “…with demand strengthening, non-oil firms brought the recent run of falling output charges to an end in April, as prices were lifted for the first time in three years. Cost inflation meanwhile eased from March and was slower than the rate of selling charge inflation. This signals a slight improvement to operate margins after a long period of pressure from price discounting.”

Dubai’s PMI has also risen by 2.5 in April, which is again an indication of economic growth. Additionally, the real estate industry has also not gone unnoticed as it registered a sales transaction value of Dh 10.97 million, which is the highest since March 2017.

The report further added: “As a result, non-oil private sector companies raised output for the fifth consecutive month in April, with the rate of expansion quickening to its highest since July 2020. There was also a third increase in staff numbers in four months, reflecting efforts to rebuild business capacity.”

The third wave of the pandemic is dying down slowly and countries across this globe are all starting to recover their economies and focusing on ways to quickly get back to the way things were. This news is not an only an affirmation that things are gradually improving but also a positive sign for the future of Dubai and UAE.

How to Register Pharmaceutical Products for General Stores in UAE?
May 25, 2021