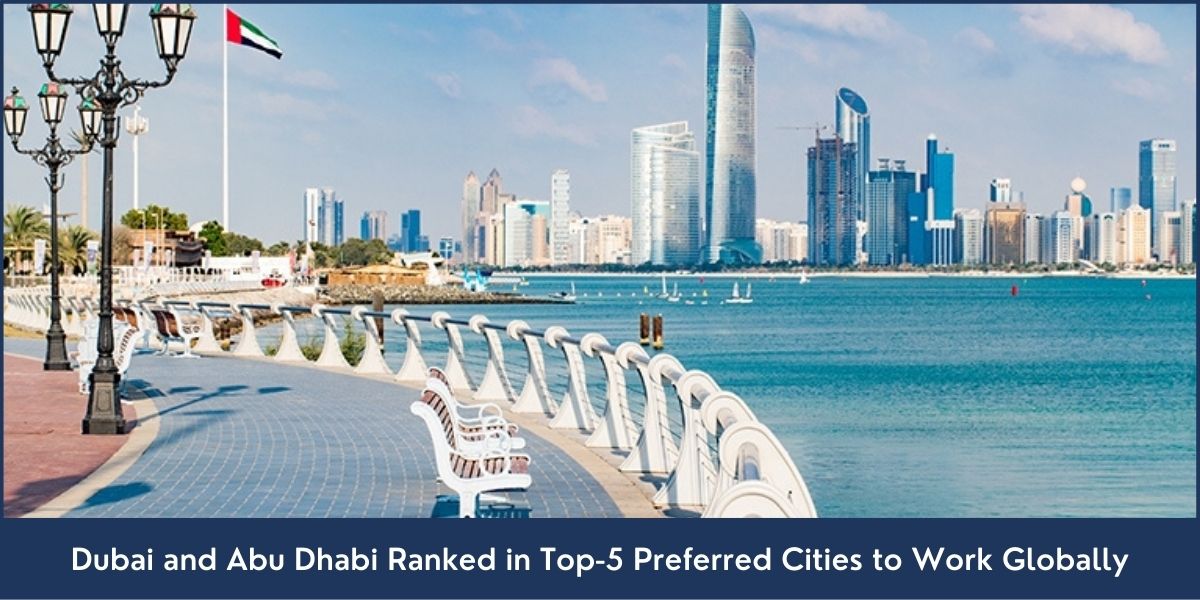 The United Arab Emirates (UAE) has massively improved in its rating and is now ranked as the 13th most preferred destination to work worldwide, according to a survey that featured over 209,000 respondents from 190 different countries.

The new global study revealed that UAE’s improvement in rankings is mainly down to its strong response to contain the COVID-19 pandemic outbreak, which has strengthened its reputation among foreign professionals.

The study was conducted by Boston Consulting Group (BCG) and Bayt.com, which showed that UAE has jumped a massive six places and is now ranked 13th.

The UAE’s status as being less impacted by the pandemic than other countries is a key factor behind its heightened appeal on the world stage, with several notable cities considered much less appealing compared to two years ago.

Dubai and Abu Dhabi are among the latest success stories in the global city ranking, solidifying their improved positions on the back of the UAE proving to be a regional safe haven in a year of unprecedented healthcare crisis.

The UAE has managed to successfully administer more than 6.5 million vaccine doses till May 13, according to figures available to the Our World in Data website. This has met with great response from people looking to settle in a country that has a strong foothold against the growing pandemic that is now globally witnessing its third-wave. The government and relevant health authorities has aggressively pursued this to ensure that UAE remains a safe environment for its citizens and a secure destination to live and work.

According to the survey, Dubai has risen from number six in 2018 to number three in 2020. Government’s efforts to revive Expo 2020, which will take place this year have restored a lot of faith in people that Dubai is ensuring all safety precautions to succeed and limiting the COVID-19 threat.

As for Abu Dhabi, the city has seen a remarkable rise in rankings; it was ranked 51 in 2014 and managed to get to 18th place in 2018. The change in government’s plans to overhaul its process, the proximity of people to leadership, high government investment, and a new economic development strategy have all helped massively towards this improvement. The city is now ranked 5th.

Given that the national workforce is heavily comprised of foreign workers, the country attracts a highly mobile workforce and 94 per cent of UAE workers were also willing to work abroad in 2020 compared to 50 percent globally.

Building on this, a recent study conducted by Adecco Middle East (a global recruitment and human resources (HR) Solutions firm) also revealed that UAE not only is a good place to work but also has a very high score when it comes to talent retention; UAE scored 67 points while countries like Turkey, Tunisia and Greece scored 48, 46, and 67 points respectively.

Ola Haddad, who is the director of HR at Bayt.com, said:

The job market has witnessed many changes over the past few months. The Covid-19 pandemic that is being battled across the globe has redefined major operations and processes, placing companies in every industry under pressure to make the transition to virtual workplaces. As such, the vast majority of professionals and businesses have adopted remote working, enabling them to remain competitive and ensure continuity.

He lastly added that COVID-19 has made people cautious when it came to international relocations but UAE’s drive to minimize that concern remains more than prominent.