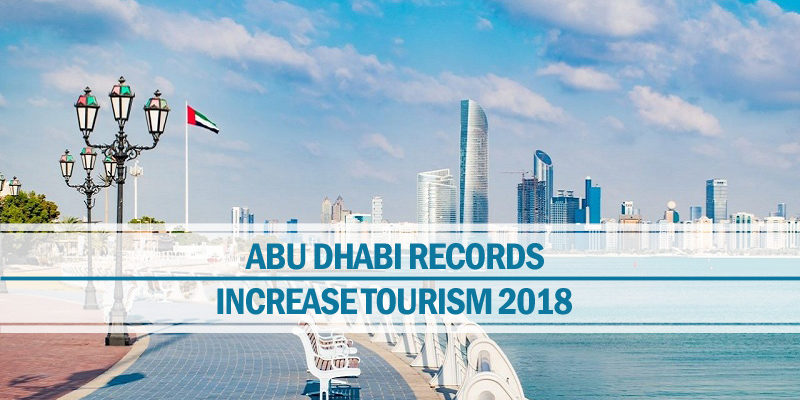 Since the independence of UAE in 1971, Abu Dhabi and most of other emirates in UAE were relying on export of oil and petroleum products for their economy. Dubai was the only emirate that adopted business and tourism friendly policies on large scale due to lower reserves of oil and petroleum. It is the reason that Dubai is known as business and tourism hub not even in UAE but also in the whole Middle East region.

But that doesn’t mean Abu Dhabi hasn’t done anything for tourism. After Dubai, Abu Dhabi was already second most favorite destination in UAE for tourists. But the efforts were not of the level of Dubai. The situation completely changed in 2014 after the global oil crisis. Abu Dhabi and other emirates of UAE decided to change their policy by diversifying their economy.

Importance is also given to other sectors of economy including business, tourism and knowledge in order to reduce reliance on oil sector that was becoming more and more unpredictable. The positive effects of this change are now quite evident and most of other emirates, especially Abu Dhabi, see tourism and other sectors quickly replacing oil and petroleum.

According to a recent report, Abu Dhabi has seen more than 5% increase in tourists for first half of 2018 (January to June 2018) as compared to same period last year. According to the latest figures released by DCT (Department of Culture & Tourism) Abu Dhabi, more than 2 million tourists from different parts of world visited the emirate in first 6 months of 2018.

The report also shows that percentage of hotel guests increased by 6% during the same period. In total 162 hotels in Abu Dhabi, total 339,592 visitors stayed as guests during the month of June. As compared to last year, it showed increase of more than 19,000. In last six months, hotels in Abu Dhabi accommodated 2,413,230 guests that showed increase of 5% of hotel guests it received as compared to same period last year.

Undersecretary of DCT, Saif Saeed Ghobash, was very confident on this progress. He said that efforts from his department are showing results. This recent progress shows that they are meeting their target of continuous growth. He was of the view that they will show further growth in the second half of year as well. It is important to note that several interesting events will attract tourists in second half of year. This include: Abu Dhabi Food Festival, Etihad Airways Formula One Abu Dhabi Grand Prix and Abu Dhabi Art.

This latest report clearly shows that Abu Dhabi is also moving towards building of projects intended for tourists’ attractions and now large number tourists from various parts of world are visiting Abu Dhabi beside Dubai. As stated above, the coming few months will witness few really special events for tourists and it will be mistake to miss this opportunity. For further queries and assistance, you can contact Riz & Mona Consultancy via our email address info@rizmona.com. We provide visa services in Dubai, Abu Dhabi and other emirates of UAE for tourists.