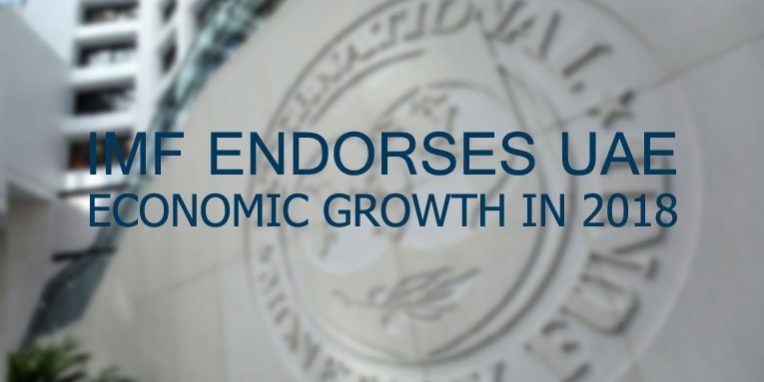 Economic prosperity is the main feature of UAE and the country is trying its best to retain its position as one of the world’s strongest economy. Several reports have confirmed that UAE is expected to accelerate its economic growth in near future despite facing difficulties amid global oil crisis. The latest conformation of UAE’s economic growth is given by the world’s most reputable international organization IMF (International Monetary Fund).

Recently, IMF mission chief Natalia Tamirisa told that several factors will help the growth of Emirate’s economy in 2018 and an important role will be played by the Expo 2020 in Dubai. The expecting rise of oil prices, high global trade etc. are other important factors that will direct the economy of UAE on positive side.

Experts believe that VAT (value added tax) will affect the economy of the state in the start of next year because people are purchasing more and more necessities this month in order to avoid purchasing these items after implementation of VAT from 1st of January 2018. But IMF representative thinks that the effect is minimum that will not last longer and the government is also aiming to introduce the tax without hindering business activities. The system will soon come on track after making initial adjustments and the efforts of government are also quite impressive. She also doesn’t consider decline in Dubai’s real estate sector as an import factor to slow down the economy.

According to Natalia Tamirisa, IMF is expecting the consolidation of fiscal deficit of all the seven emirates of UAE in the coming year. The deficit was 2.5% in 2016 and 2.2% in 2017 and now it is expected to reduce further to 1.3% in 2018’s GDP.

UAE still depends heavily on oil export for its economy. Oil prices in global market will increase to $62 per barrel in 2018 as compared to the current price of %54 in 2017 that will provide relief to UAE (and other Gulf states also). On the other hand, the share of non-oil sector is continuously increasing in the GDP of the gulf state. This sector will increase from current 1.9% to 2.8% in 2018 and it is expected to reach between 3.3% and 3.5% by 2020.

All these indicators and reports are providing clues to the economic growth expected for UAE in the coming years. It is a satisfying situation for entrepreneurs who wish to start business in Dubai and other emirates of UAE. For further assistance in this respect, you can contact Riz & Mona Consultancy via our email address info@rizmona.com.