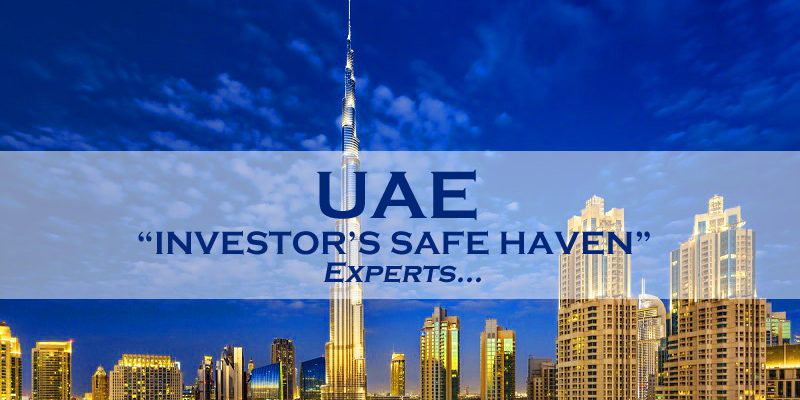 The fall in oil prices in international market in 2014 panicked the countries, especially in the Gulf region, that were highly relying on the oil & gas sector for their economy. But the country that mostly remained unaffected by the crisis is UAE. It is due to the measures it took to diversify its economy. Due to this factor, the experts are also unanimous in their opinion that the country will remain a safe haven for investors in the future also. It was reiterated during the “Global Leaders Forum” that was held in Dubai. The forum was organized by the Middle East section of a US-based business magazine Bloomberg Businessweek.

The speakers during the forum were of the view that the steps taken by the government of UAE are highly impressive and they are increasing the growth prospects of businesses for both local and foreign investors. Sharjah Investment Development Authority’s CEO, Marwan Jassim Al Sarkal, said during the occasion that currently UAE is getting 2% of its GDP from foreign direct investment and they are expecting it to increase up to 5% by 2021 due to the favorable conditions for foreign investment.

Chairman Damac Properties, Hussain Sajwani, expressed his views that UAE’s economy is open for investors but steps are required on government level to encourage young local population in the private sector as it is the demand of modern era.

Honorary director of IOD – UAE chapter, Nimish Makvana, said during the occasion that business models are changing with the passage of time and now businesses are mostly dependent on innovation to sustain. The UAE is on the top position in the region due to the policies adopted by its rulers for increase in investment. It is enhancing due to the trust on the rulers and opportunities available as a direct result of the policies they adopted.

The speakers also praised the organization of such global forums and events in UAE and they were of the view that it will assist local entrepreneurs and the government of UAE to seek expertise from those having global experience.

The financial policies adopted by the government of UAE have been endorsed on international level. It is enhancing the trust of foreign investors. Recently, the World Economic Forum has listed the government of UAE as one of the most efficient in the world. This makes it clear that lucrative opportunities are available for anyone who wants to invest in UAE, a safe haven for investors.

In order to get complete assistance in this matter, you can contact Riz & Mona Consultancy by dialing WhatsApp # 971-56-9971225. We have years of experience in establishing all types of businesses in Dubai and other emirates of UAE.