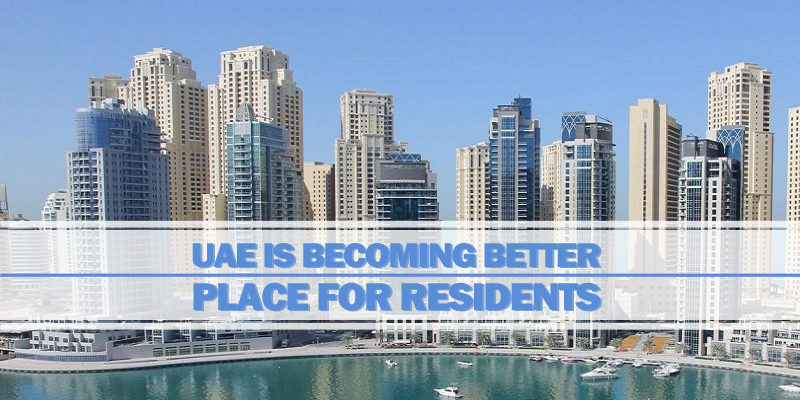 An important factor that distinguishes UAE from all other countries in the world is the presence of large number of foreigners in the country. Around 85% residents in UAE are foreigners and this percentage is higher than any other country in the world. This foreign population of UAE is comprised of people from different parts of world. There are also many people from rich Western countries that have settled in UAE on permanent basis and they are living with their families.

Unlike several other European countries, getting citizenship in UAE is extremely difficult. But even then, these foreigners are happily becoming part of one of the world’s most culturally diverse nations. Better job and business opportunities are not the main reason for settlement of foreigners in UAE.

The reason behind UAE as one of the most favored destinations in the world for residence is the high quality of life along with safety available here. According to latest report, the position of UAE for providing better facilities to its citizens has improved further this year.

According to 2018 Sustainable Economic Development Assessment index by BCG, UAE has improved its position one place as it moved from 29th last year to 28th this year for attaining right balance between growth and wellbeing of its citizens (and residents). In this regard, UAE has performed better than over 100 countries including several famous countries like Malaysia, Turkey, Russia, South Korea and Italy. According to details, UAE achieved this status due to government policy that ensures economic stability, employment, infrastructure and high income for its residents.

According to experts, several other factors and policies are also important in creating such effect that is attracting more and more people from all over the world to make UAE their second home. People generally feel safe in UAE due to strict enforcement of laws throughout the country.

This latest report is clearly indicating that Dubai is not only one of the best places for residents but it is also improving its status continuously. It is expected that the government of UAE will take further steps in near future to provide best facilities and safety to its citizens and residents.

If you are doing business in UAE or any person who wants to live in one of the world’s most secure and comfortable places on earth, then you must think seriously about shifting to UAE. For further information about facilities available in UAE and to attain visa in Dubai and other emirates of UAE, you can contact Riz & Mona Consultancy via our WhatsApp # 971-56-9971225.