Everything You Need to Know About UAE Green Visas 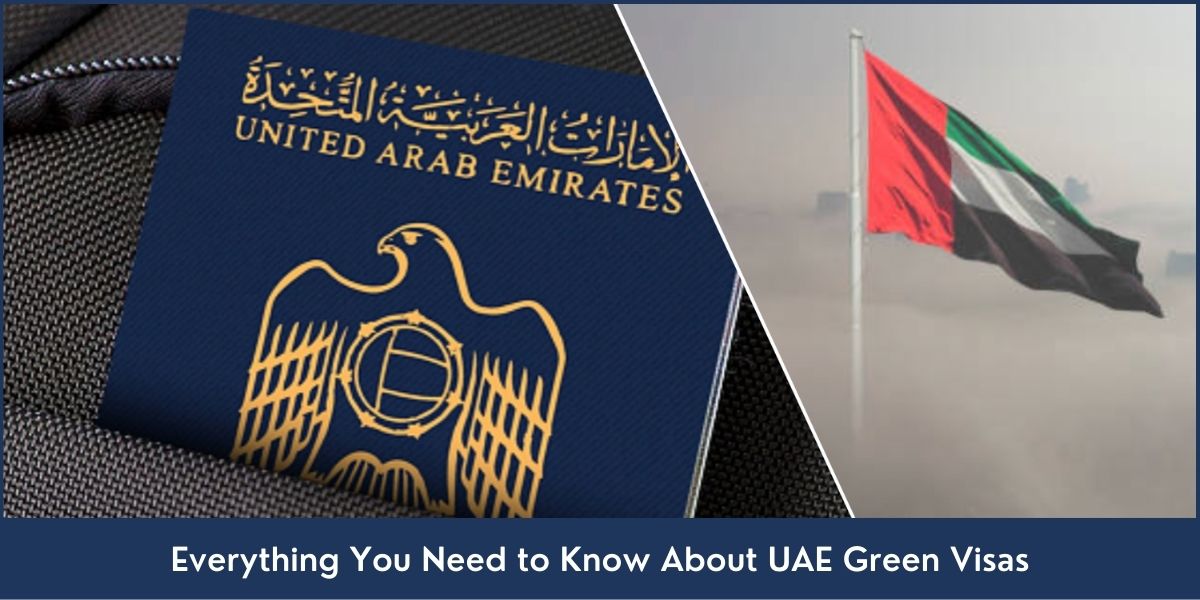 The United Arab Emirates (UAE) has recently introduced an all-new resident category into the mix called “Green Visa.” Through this visa, the residents can now sponsor their parents and children. The age limit for sons has increased to 25 as opposed to 18 before.

Green visa was accompanied by another launch of the visa called “Freelance Visa”, which as the name suggests, is geared towards attracting talented people to not only Dubai but across the UAE. The country has remained extremely vocal in helping talented people by offering them various career trajectories.

While making the announcement, Dr. Thani Al Zeyoudi, Minister of State for Foreign Trade explained that these new visas will not be linked to work visas from companies and targets highly-skilled people, investors, entrepreneurs, top students, and graduates. It is also going to ease the visa restrictions for freelancers, widows, divorced people, among others as well.

The launch of both these visas comes under the first batch of the 50 initiatives which the UAE is launching; this has been done to commemorate the 50th anniversary. Not only that, the experts believe that this decision will have a direct impact on the economy in a positive manner.

This move is fuelled by UAE’s constant need to improve and have the best possible people for the jobs available within the UAE. This is the primary reason why more than 80 percent of the UAE population is made up of expats, which has proven to be a key driver for economic growth.

The basic purpose behind these proposed changes, as explained by Dr. Al Zeyoudi, is to modify the residency system of the UAE. He explained that it is imperative for the authorities involved to support the families, which would eventually prove to be a mutually beneficial relationship as it would drive up the UAE’s economy as well.

Speaking on this matter, he said: “We have taken care of humanitarian aspects in the new system. We want to ensure that families are stable.” He further added, “Human resources are the key elements of economic development. Family is the DNA of the whole community. So, we have to ensure that they are stable so that they can contribute to the economy.”

The new modifications are a part of the changes that the country has already made into its residency laws which include temporary work visas for students above 15 and one-year visa for widows after the death of their husbands who were their sponsors.

The importance of Green Visas cannot be understated as it will help in improving the UAE’s economy as well. The Green Visa holders are currently allowed to have up to 90 to 180 days of grace period once their visa expires. This is the first huge difference to other types of visas because they are only allowed an extension of 30 days only.

“In Green visas, the person [holding the visa] is going to be self-dependent and he is not going to be attached to companies and he can sponsor parents and children up to 25 years instead of 18 years,” Dr. Al Zeyoudi explained to the reporters.

Discussing the benefits of the Green Visa, as mentioned before as well, they will be able to sponsor their children, where the age limit has also been increased to 25 instead of 18. Previously, the visa rules stated that the parents could only sponsor their daughter’s residency visa until she actually married. However, sons were only allowed to be sponsored until the age of 18.

The experts believe that the additional ability to sponsor the parents can prove to be a game-changer as this was a point of contention. Most people had parents who were retired but the UAE required them to have a minimum salary and a rental agreement for an apartment that could sustain an entire family. These demands are now nullified thanks to the introduction of Green Visas, which would be something many expats would currently be looking at.

Speaking to Gulf News, he said the Green visa would be open to most categories of residents. “It is going to be open for most of the categories—investors, entrepreneurs, [those running] SMEs, talented people, scientists, students, etc.”

Freelancer Visa is now going to be granted to owners of independent businesses, or self-employed individuals. This is yet another move to attract experts, retirees, and specialized people from various niches.

“Freelancers will have specially dedicated visas. This is to attract experts, retirees, and specialized people to niche sectors,” explained Dr. Al Zeyoudi. Asked about the difference between Green and Golden visas, the minister said they all complement each other.

“It is a full package—tourist visas, green visas, golden visas. Freelancer visa is part of green visas. Each pillar is going to have different categories. Those details will be announced soon.”

Further details regarding the visa are yet to be made by the authorities such as the application process, documents required, visa fees, and much more.

The last prominent change that was proposed relates to the extension of business trip permits from 3 months to now 6 months. In addition to that, the grace period for leaving the country after losing the job has also been extended from 30 days to 190 days.

This particular change will help retain talented people and allow them more time to figure out where their next destination lies. They will be able to spend 190 days searching for a job and once they find one, it will create a ripple effect that will continue to boost the UAE’s economy. Previously, these people were asked to leave after 30 days which was a hard pill to swallow not only for them but also UAE as it brought a lot of variances.

Currently, these are all the details we have and as soon as the authorities launch additional information, Rizmona will be sure to let you know. Stay tuned for more updates!